The state’s latest report shows a significant number of Livingston Parish students in grade 3-12 have upped their performance to Mastery, bringing the district’s overall mastery rate for all students in all subject areas to 48 percent – almost half!

Freshwater Elementary is the state’s most-improved school over this time, growing its overall mastery rate from 43 percent to 60 percent!  Only nine schools in Louisiana improved by 10 percentage points or more.

“Clearly our students continue to respond to the rigor and challenges set before them,” Superintendent Joe Murphy said.

LEAP tests were given in grades 3-8 in April and May, as well as in five high school subjects taken in all high school grades. Statewide results show students did the best in English, followed by math and then social studies. The results did not include science scores, which are scheduled to be released in August. 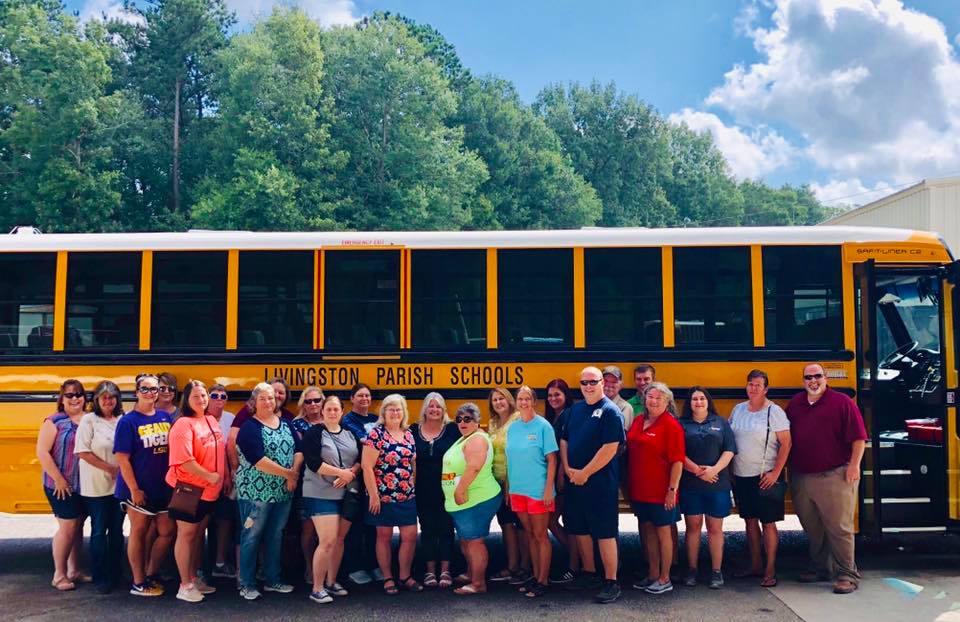 Livingston Parish Schools is rolling out 22 new buses as part of its effort to upgrade its fleet and replace all the buses lost during the 2016 flood. The district instituted a system-wide upgrade plan in 2015 that would allow officials to add 10 to 12 new buses to the fleet each year to ensure the safest, most efficient buses are on the road for drivers and students.

“But that plan had to be escalated somewhat after the flood in 2016, when we lost more than 70 buses,” Transportation Supervisor Joshua Day said.  “Since that time, we’ve had to lease several buses in addition to what we could purchase. But, I’m glad to say that this year’s purchase allows us to do away with all flood-related leases, and we can return to our normal replacement schedule after this year.”

Day anticipates the district utilizing more than 250 regular buses this school year to manage the daily routes.  Most buses run more than one route each morning and afternoon. Several smaller buses will be utilized to transport special needs students.  Those routes can often vary, he said. 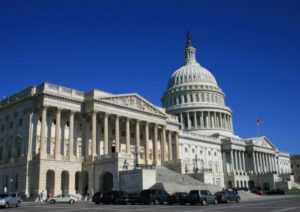 Live Oak High School Student Breli McCollister was selected to be a National Youth Correspondent for the 2019 Washington Journalism and Media Conference at George Mason University, which was held this month.

NEW STEM & ROBOTICS CENTER TO OPEN WITH START OF SCHOOL 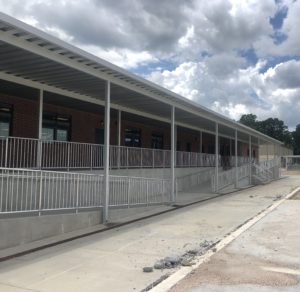 This building at the old Southside Elementary campus has been refurbished to house part of the new STEM & Robotics Center.

The new STEM & Robotics Center for Denham Springs High School will open with the start of regular classes on Aug. 9, providing local high schoolers with greater opportunities in advancing their studies in science, technology, engineering and mathematics.

The satellite campus, which is located at the site of the former Southside Elementary School on Range Avenue, will offer classes in partnership with LSU.  Assistant Superintendent Jody Purvis said the campus will offer courses in Introduction to Computational Thinking, Digital Storytelling, and Introduction to Engineering.

Purvis said the STEM & Robotics Center grew out of an opportunity to partner with LSU, as well as the classroom space becoming available after the 2016 flood.  Two buildings on site were not severely damaged as the rest of the campus because they had been built later than the original campus, at a higher elevation.  They have been refurbished and remodeled to accommodate high school students.

ASSESS THE NEED HELPING TO PROVIDE STUDENTS WITH CLASSROOM SUPPLIES 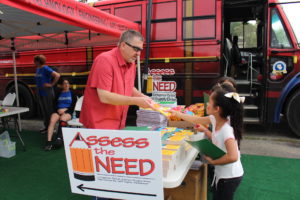 This is the 19th year the not-for-profit organization has collected donations to give classroom supplies and materials to students in grades pre-kindergarten to high school.

Volunteers will be outside parish Wal-Mart stores in Denham Springs, Walker and Watson on July 27-28 and Aug. 3-4 from 8 a.m. to 8 p.m. to collect donations.  Donations can also be given securely online through PayPal or with a credit card by visiting the ASSESS THE NEED page on Facebook or going to www.AssesstheNeed.com.  ASSESS THE NEED is a registered charitable organization, making all donations eligible for tax deductions.

Taylor has sponsored ASSESS THE NEED since 2001.  To date, the program has collected some $1 million in donations, including special drives following Hurricane Katrina in 2005 and the August 2016 flood. The proceeds from each drive are used to purchase needed classroom supplies for students throughout the parish.  ASSESS THE NEED is a major sponsor of the mobile classroom STEAM Express.