The Livingston Parish School Board recently approved a new $558,000 band room that will be built at Southside Junior High as the result of an expansion and improvement of the campus gym.

School leaders recently decided to expand the gym to accommodate the school’s growing student body, but to do so, they must demolish the existing band room to make space.

School Board Member Buddy Mincey, Jr., said the current gym has bleachers only along one side of the building, allowing seating for about 500 people.  By expanding the building, the school be will able to install bleachers along another wall, bringing the seating capacity up to 900 or 950 people, enabling the school to seat its entire assembly for special presentations, awards programs and pep rallies.  Work crews will also install a new heating and air conditioning system in the gym.

The specifics of the new band room have not yet been finalized, but Mincey said the facility will feature more space and better acoustics. 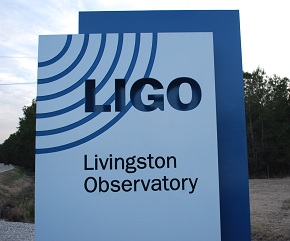 Scientists at the Laser Interferometer Gravitational-wave Observatory, or LIGO, which is located north of Livingston, have reported observing ripples in the fabric of space and time, confirming a major prediction of Albert Einstein’s 1915 general theory of relativity.

The ripples, called gravitational waves, were detected on Sept. 14 by both of the twin LIGO detectors in Livingston and in Hanford, Washington. Physicists conclude that the detected waves were produced during the merger of two black holes, which took place 1.3 billion years ago.

The announcement, which has been reported worldwide, is being hailed by scientists as a major breakthrough in better understanding the nature of gravity and the origins of the universe.

Students at Walker High School are learning first-hand about banking and personal finance thanks to a “real world classroom” they share with Neighbors Federal Credit Union (NFCU). The high school houses a student-run Walker Wildcat Branch of NFCU. 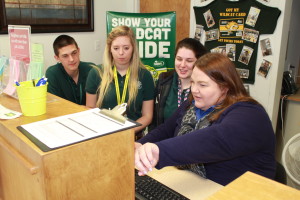 Space within the high school’s business education building accommodates two teller windows equipped with PCs, printers, and modems for member services. Daily activities include student and faculty withdrawals, deposits, account transfers, loan payments, and opening of new accounts to name a few. Student workers must complete a summer employee training and orientation to prepare them for their jobs.

“Our students do everything that needs to be done. They are basically learning on the job, and that is making school relevant for them,” Walker High School Principal Jason St. Pierre said.

St. Pierre said the credit union offers customers a Walker Wildcat debit card, and with every purchase made with it, NFCU makes a donation to Walker High School. 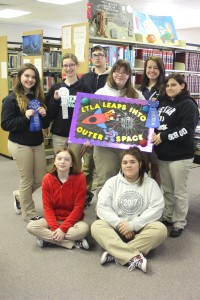 The LTLA is a state organization composed of individual library club members from throughout the state. It has a full slate of student-elected officers and an executive committee that conducts business under the sponsorships of a branch of the Louisiana Library Associations (LLA) called the Louisiana Association of School Librarians (LASL). The Maurepas High School Library Club is sponsored by librarian Cindy Stilley. 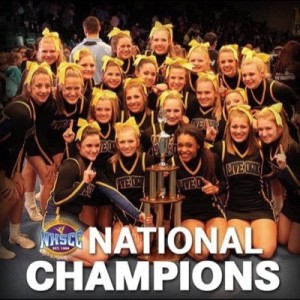 The Live Oak High School squad captured the national championship title in the Medium Varsity Division I and Super Varsity Game Day contests. The contests were produced by the Universal Cheerleaders Association.

The team from Live Oak Middle School walked away with a silver medal for a second place win in the Large Junior High Division.

The competitions showcased nearly 5,400 dancers from 345 teams and nearly 13,000 cheerleaders from 667 teams. Varsity Spirit will post segments of each performance on www.varsity.com and the competitions also will air on ESPNU and ESPN2 starting in March and will continue through mid-April.

The Livingston Parish School Board School recently approved next year’s academic calendar, placing the first day of school on Aug. 4 and the last day on May 23.

Teachers will return for their first full day on Aug. 2 and work through May 24.

Students will have ample vacation time at Christmas, spring break, Thanksgiving and other holidays, plus an extra day off for next fall’s presidential election, since so many campuses double as voting precincts.

View the approved calendar at www.lpsb.org.