Livingston Parish School officials recently traveled from one side of the parish to the other to hold ceremonies to commemorate the start of construction for two new facilities.

A groundbreaking for the new Live Oak High School Institute of Medicine, Aviation & the Arts in the Watson community was held on the school’s grounds on Oct. 5, while a “brick breaking” for a new cafeteria for Albany Lower Elementary and Albany Upper Elementary, located in the Town of Albany, was held at the existing cafeteria site on Oct. 10.

“It’s exciting to see the plans we have for addressing needs in our district are becoming reality,” Superintendent Joe Murphy said.  “The needs that are being met by these two projects demonstrate the broad spectrum of care provided to our students. Livingston Schools is committed to meeting the needs of the whole child – from providing daily nutrition to expanded opportunities for learning.”

Live Oak High School Principal Beth Jones said the new institute on her campus will focus on STEM (science, technology, engineering, and math) learning areas that offer introductory material in the fields of medicine, aviation, and the arts.  Jones said the new institute will be named for the district’s current Career & Technical Education Coordinator Staci Polozola.

Albany School Board Member Dr. Devin Gregoire said the new expanded cafeteria will allow better scheduled lunch breaks during the school day, as well as give child nutrition staff an updated, modern workspace.  He said the new facility will be constructed with funds gained from the newly approved half-cent sales tax that Albany voters approved in April. 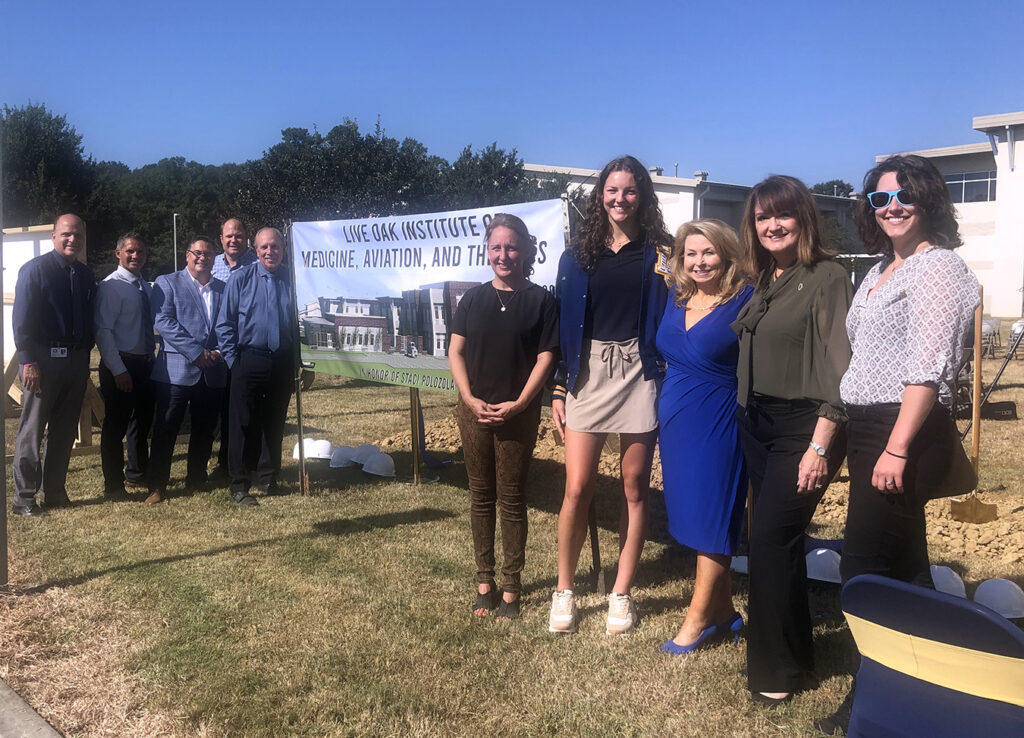 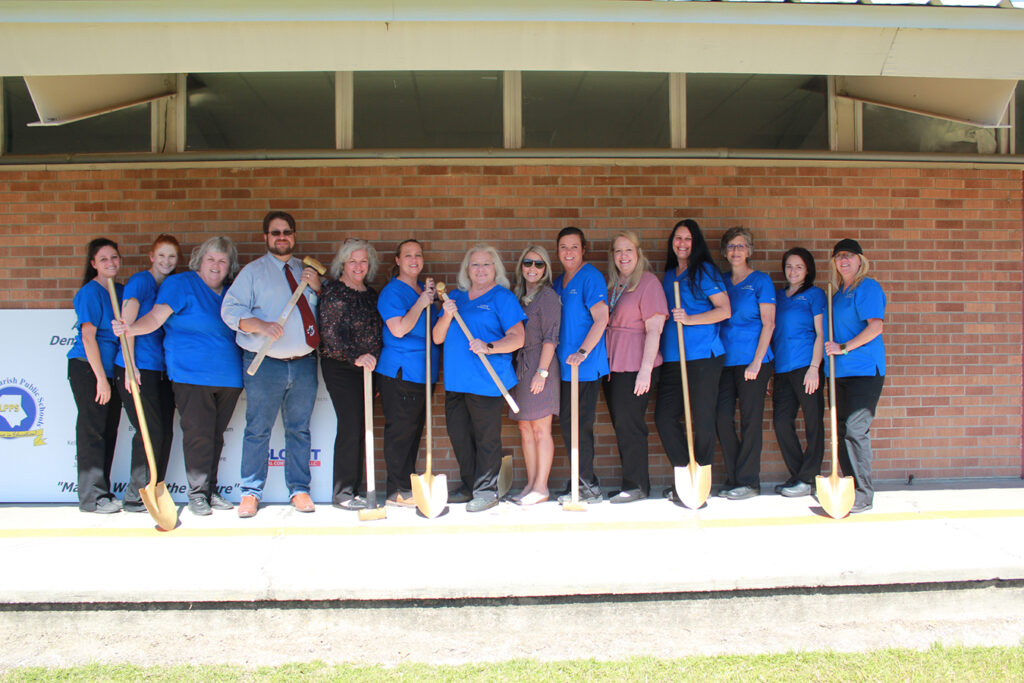 School officials held a community celebration on Oct. 15 to commemorate the opening of the new Southside Campus, which houses the K-5 Southside Elementary and 6-8 Southside Junior High School.  Activities included presentations by school and elected officials, a tour of the campus and lunch for participants.

As part of the event, school officials also unveiled the naming of the campus’ interior courtyard as the J. Rogers Pope Courtyard.  The courtyard is named for State Sen. J. Rogers Pope. Pope has been a life-long educator in the Livingston Parish Public School System, including the first principal of Southside Junior High School when it opened in 1976.  He has served as a teacher, coach, principal, assistant superintendent, and superintendent in the system.  He was selected the Louisiana Superintendent of the Year in 2000 and became the elected president of the Louisiana Association of School Superintendents in 2001. Pope is currently serving his 15th year as a state legislator. 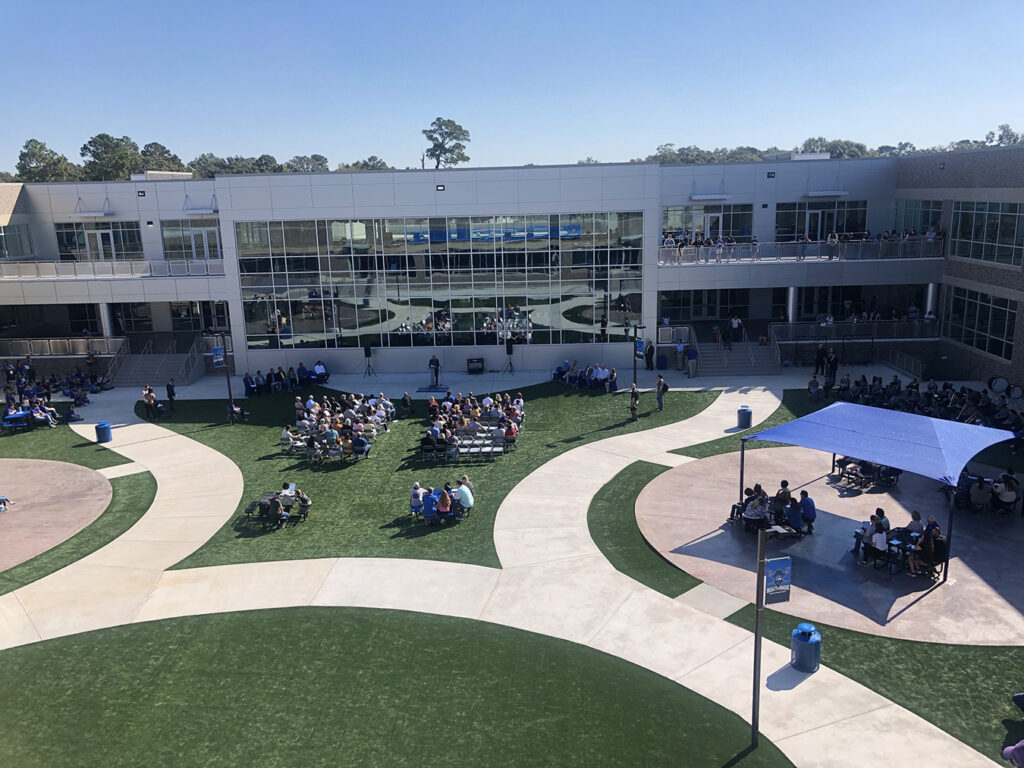 Community members, parents, students and school employees gathered in the Southside Campus Courtyard on Oct. 15 to celebrate the opening of the new school and tour the campus facilities. Superintendent Joe Murphy emceed the event, which included several dignitaries and former school staff and district leaders. 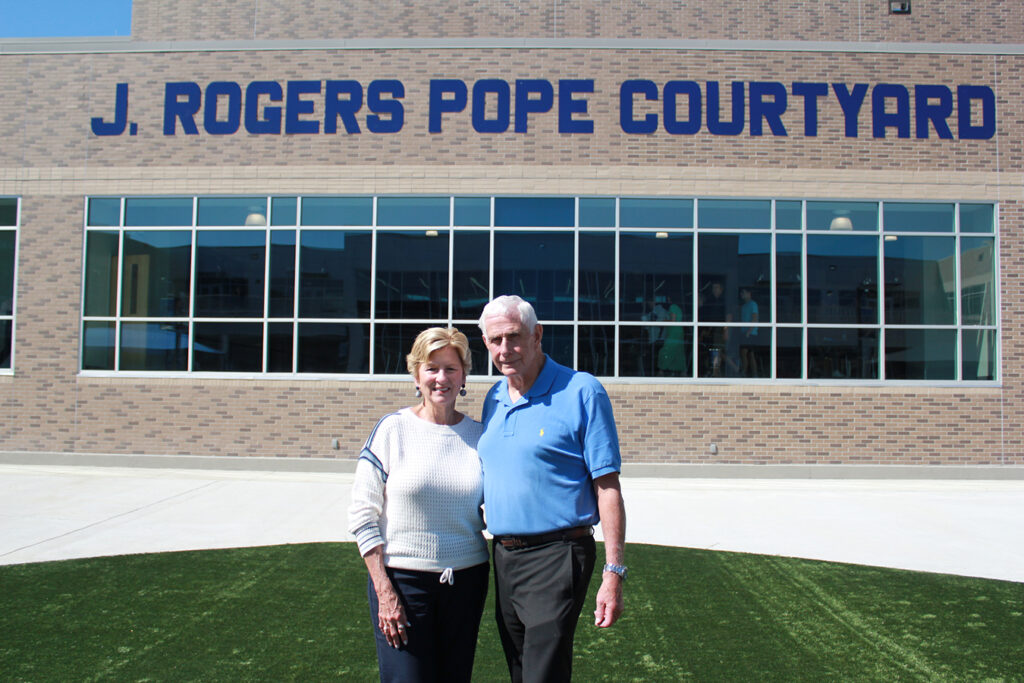 State Sen. J. Rogers Pope, pictured with his wife Pat Pope, was honored at the Southside Campus Community Event on Oct. 15, as school officials unveiled the new name of the school’s courtyard as the J. Rogers Pope Courtyard. 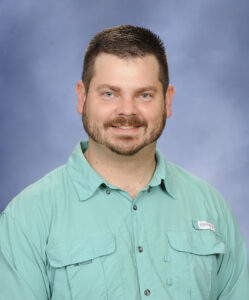 Louisiana’s inaugural Teacher Advisory Council includes 22 classroom leaders from a wide range of backgrounds and educational settings. This cohort of educators will meet with Superintendent Cade Brumley quarterly to share feedback on current education initiatives and offer insight on how Louisiana can continue to improve student outcomes.

“I am excited to have this opportunity to have a seat at the table to discuss vital issues that need the voice of those who work closest to Louisiana’s children – our teachers,” Willie said.

Willie currently teaches 7th and 8th grade math, Introduction to Engineering and Design Through Project Lead the Way at French Settlement High School. He has been a math instructor for the past six years.  He has served in the role of middle school classroom teacher, RTI Tutor, virtual learning instructor and adult education instructor. 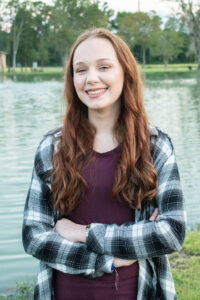 Mackenzie Himel, a senior at Live Oak High School, has been named a National Merit Semifinalist.

Himel is one of 235 high school seniors in Louisiana to be awarded the distinction to compete for the prestigious National Merit Scholarship.  Each year, about 16,000 semifinalists are selected across the nation.  Only about half will be chosen to win the top scholarship.

She is the daughter of Alan and Tiffany Reynerson and Jonathan Himel.  She plans to attend the University of Pennsylvania after graduation where she wants to pursue an undergraduate degree in biomedicine.  Himel said she wants to eventually go to medical school.

By becoming a National Merit Semifinalist, Himel is in the running for scholarships to be announced in the spring.