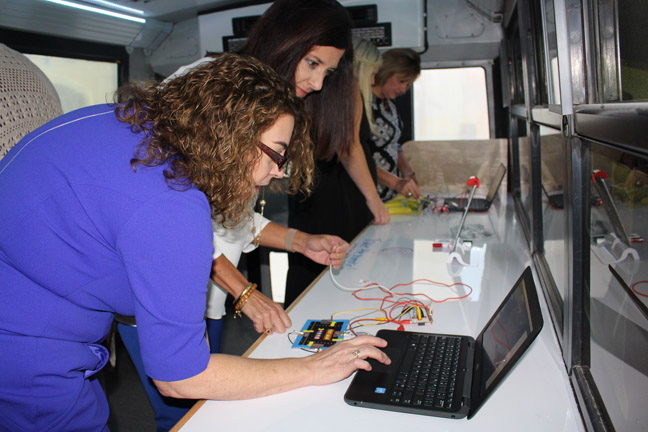 Instructional Technology Facilitator Lynn Kennedy shows Freshwater Elementary Principal Julie Dugas how to operate a technology game that teaches computer coding to students.  The instructional game is one of several that will be made available to students on the STEAM Express

The STEAM Express, which will be focused on introducing science, technology, engineering, arts and math concepts to students, is the brainchild of the district’s Instructional Technology department that was made possible by community sponsors who paid to retrofit a bus into the mobile classroom.

The STEAM Express is decorated to take the appearance of a steam locomotive, including a working steam whistle, and is equipped with Wi-Fi, touch screen monitors and laptops, and hands-on, interactive modules to help students learn a variety of subjects.  The flexible design allows educators to easily transition the mobile classroom set up from elementary-level activities to high school-level projects.

“The idea behind this mobile classroom project is to bring STEAM-based education to the schools and into our neighborhoods to help students and to give them an experience with STEAM education that they might not otherwise have an opportunity to be exposed to,” Superintendent Rick Wentzel said.  “The mobile classroom is adaptable to a variety of projects and all age groups.” 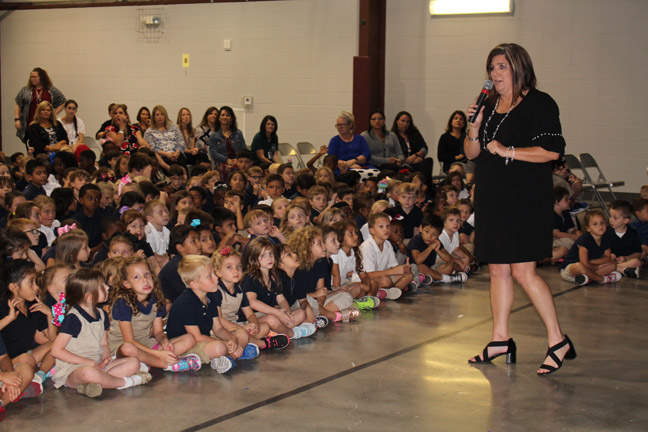 Lewis Vincent Elementary Principal Lynette Wheat congratulated her students, staff and teachers for their hard work to earn a National Blue Ribbon Award from the U.S. Department of Education. The announcement was made on Oct. 1.

Lewis Vincent Elementary has been named a National Blue Ribbon School based on the school’s overall academic performance and progress in closing achievement gaps among student subgroups.

The school’s performance score has improved 13.1 points since the 2014-2015 school year, and is in the top 15 percent statewide for closing the gap between the academic performance of the general student population and economically disadvantaged students, students with disabilities and English as a Second Language (ESL) students.

“What’s really so amazing about this award is that it recognizes our accomplishments during the time of our recovery from the flood.  The challenges we faced in the flood recovery are not factors for this award.  Our school achieved success at this highest level of recognition in spite of the challenges set before us.  I am so proud of what we’ve achieved together; we truly are stronger than ever,” Lewis Vincent Elementary Principal Lynette Wheat said. 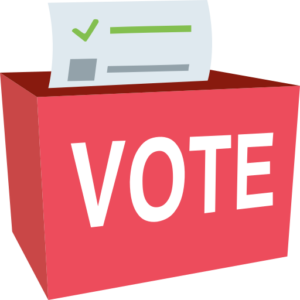 The Livingston Parish Sheriff’s Office is asking voters to approve a half-cent sales tax on the Nov. 6, 2018, ballot to fund the hiring, training and staffing of uniformed School Resource Officers (SROs) at every school in the parish.  SROs are sworn law enforcement officers who are specially selected and trained to promote safety within schools.

The school district currently employs 10 SROs across the district and pays half their cost through cooperative endeavor agreements with the sheriff’s office, City of Denham Springs and Town of Walker.

Click here to see the wording of the Law Enforcement District Proposition. 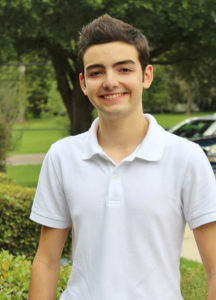 Larpenter is the son of Rodney and Kelly Larpenter of Killian, Louisiana.  He is president of his senior class and a member of the school’s golf team and Beta Club.  He participates in local community service projects and is currently overseeing the school’s public service announcement competition to promote positive behavior.

Merit Scholar semifinalists are selected on the basis of their skills, accomplishments and potential for success in rigorous college studies.  From the 1.6 million students who met entry requirements, approximately 16,000 were selected as semifinalists. Larpenter is currently vying for one of 7,500 National Merit Scholarships that will be offered next spring.

(Picture left) Former Southside Elementary Principal Janelle Carrier signs her name on the cinderblock wall of the school as a “farewell sign off” to the school.  (Picture right) State Rep. J. Rogers Pope speaks during the farewell ceremony for Southside Junior High.  Pope formerly served as principal of the school.

Past and present educators, students and community leaders gathered on the campuses of Southside Elementary and Southside Junior High on September 26 to say farewell to the beloved campuses that have had such a lasting impact on their lives and the lives of thousands of students in the Denham Springs community.

Both schools will soon be demolished because of substantial damage caused by the August 2016 flood.  The schools have remained shuddered since the flood, but the Federal Emergency Management Agency (FEMA) recently approved a funding plan for the district to rebuild both schools.

“We are excited about the future for these schools, and the impact they will continue to have on the children of Livingston Parish,” Superintendent Rick Wentzel said.  “With that said, we know that this is a bittersweet time for so many, and we wanted to give our people who are so passionately connected to these two schools an opportunity to say farewell and to be a part of this new chapter.”