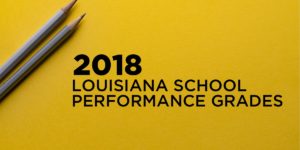 Thirty one of Livingston Parish’s 42 schools that received performance grades in the Louisiana Department of Education’s 2018 report showed academic improvement as compared to last year.

Although the state department used a new formula this year in calculating school scores and assigning letter grades, a comparison of school performance scores under the old formula – for an “apples to apples” comparison – shows significant gains across the parish.

“Despite the confusion of the new scoring system that has changed letter grades for our schools and district, the outcomes on our assessments and growth indicators continue to show we’re raising the bar in Livingston Parish,” Supervisor of Instruction Tracy McRae said.

McRae noted that under the state’s old grading formula, the district would have received a performance score of 108.2 – which would have been a 3.3 point increase from the previous year’s calculation.

LIVINGSTON PARISH SECOND-HIGHEST IN STATE FOR STRENGTH OF DIPLOMA 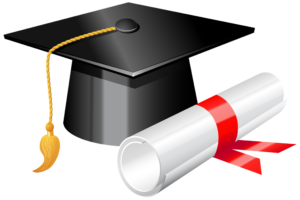 Significant gains were reported at the parish’s high schools, according to the state’s latest report.  The most impressive measurement is that for the 2017-2018 school year, Livingston Parish ranked No. 2 in the state with 73.7 percent of all graduates earning more than a standard diploma.

The district has put much focus on strengthening the diplomas of parish graduates by giving them opportunities to earn basic or advanced academic and/or career and technical certifications.  Those certifications are recognized by post-secondary colleges and industry trade schools. 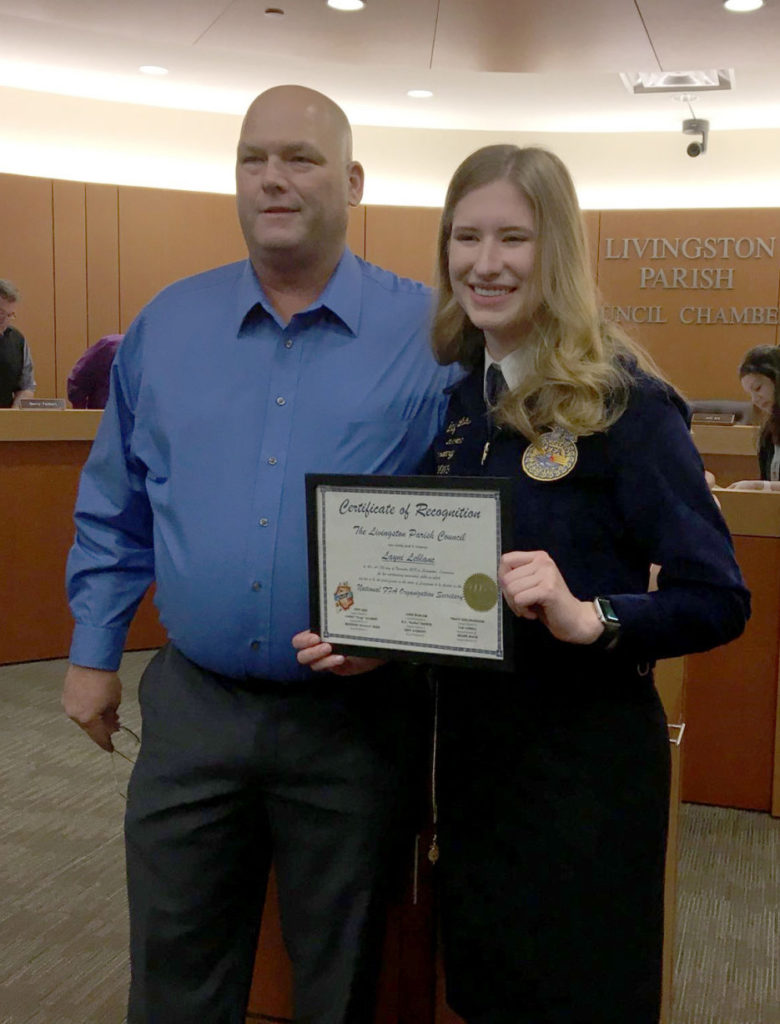 Layni LeBlanc, a graduate of Walker High School, has become the first woman from Louisiana to serve as a national officer of the National Future Farmers of America organization.  LeBlanc is currently studying animal science at LSU, and she hopes to attend veterinary school after graduation.

As an FFA officer, she will travel to 40 states and Japan to promote agriculture and the organization during a one-year leave from the school. She will serve as national secretary on a team of five other officers from different states.

LIVINGSTON PARISH SCHOOL BOARD TO SEAT FOUR NEW MEMBERS IN 2019

Livingston Parish voters in school board districts 8 and 9 elected two new members to the board on Nov. 6, while districts 1 and 4 gained new members as the current seat holders announced they would not run and only person signed up for each of those two seats during the July 18-20 qualifying period.

The four new board members who will take office January 1, 2019, include Brad Sharp of Livingston, District 1; Brad Harris of Denham Springs, District 4; Frank Parrino of Springfield, District 8, and Devin Gregoire of Albany, District 9. 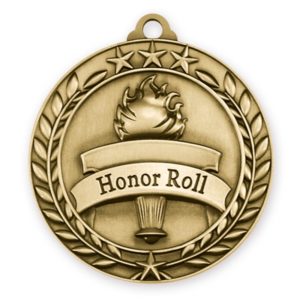 Northside Elementary and Eastside Elementary have earned spots on the state’s “Honor Roll” as a result of high performance during the 2017-2018 school year in their early childhood programs, according to a report released by the Louisiana Department of Education.

Both schools were recognized in the “Excellence” category, which is the state’s highest possible rating on the school’s annual Performance Profile Report. Only 90 schools statewide earned this top rating, according to the state report.