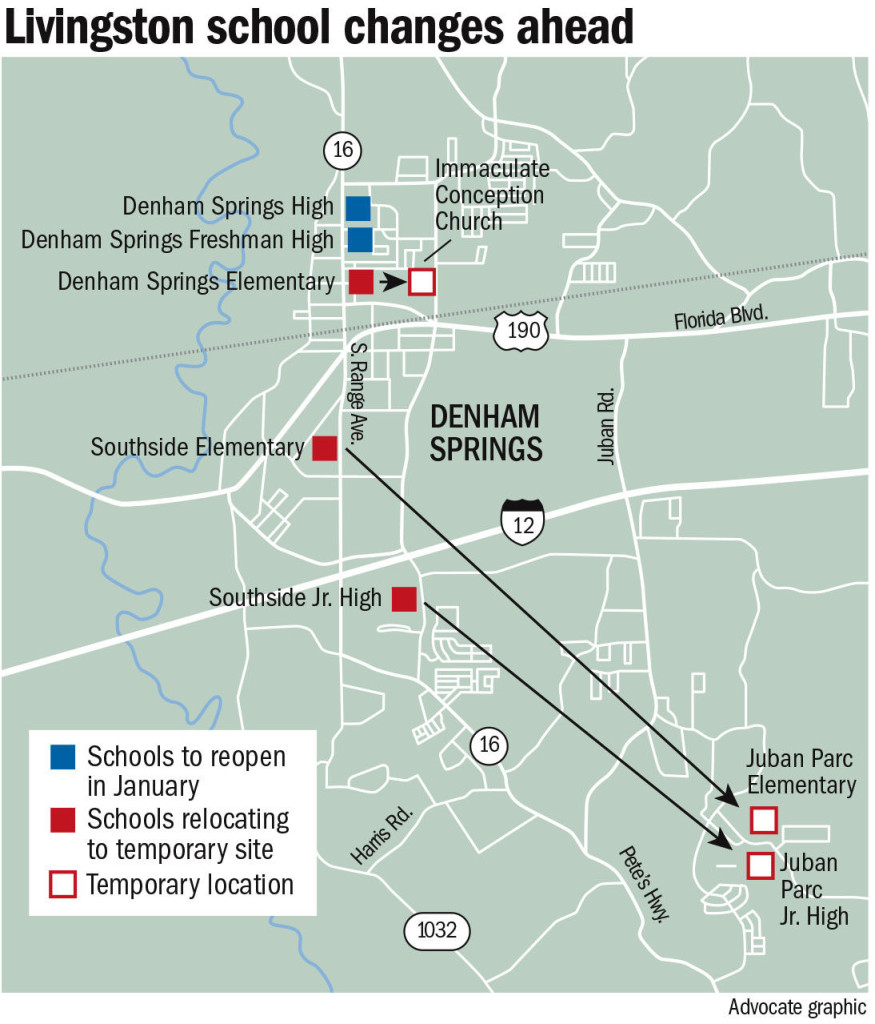 Students from Denham Springs High School and Denham Springs Freshman High will return to their home campuses for the start of the second semester, on Jan. 6, 2017, while students from three other schools will relocate to temporary campuses at that time.

The Immaculate Conception Catholic Church will make available nearly four acres of its property on Hatchell Lane to house the temporary campus for Denham Springs Elementary. The church has agreed to enter into a zero-dollar lease with the school system for use of the land.

School officials continue to work with FEMA to determine what action can be taken with the three campuses that remain damaged; however, that determination may not be made for another six to nine months, according to Assistant Superintendent Joe Murphy. 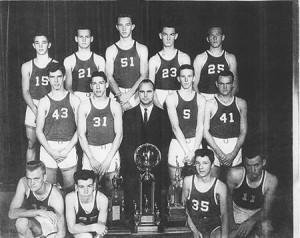 Leggette was a former school board member and hall of fame boys’ basketball coach, best known for coaching the 1963 Holden team that won the Class C state title. He started his career as the girls’ coach at Maurepas, but went on to become the boys’ coach in Holden and finished his career as head coach at Denham Springs in the mid-1970s with a career record of 498-155. In 1990, he was selected as Louisiana’s Mr. Basketball by the Louisiana Association of Basketball Coaches. 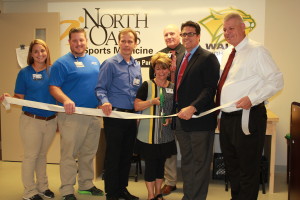 “We are proud to partner with North Oaks to keep our student-athletes healthy and to train our students in the exciting and growing field of sports medicine,” Walker High School Principal Jason St. Pierre said. He noted that the partnership gives students hands-on training opportunities, including access to visit and conduct clinical training at the North Oaks facilities in Satsuma and Hammond.  He also said the program will benefit the school’s Certified Nursing Assistant curriculum. 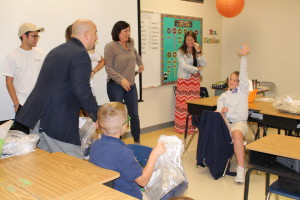 The Emeril Lagasse Foundation recently donated new school uniforms to nearly 350 students at Southside Elementary and Southside Junior High in Denham Springs who were severely impacted by the flooding.

Brian Kish, president of the Emeril Lagasse Foundation said his organization donated $10,000 to Kids in Need During Disasters (KINDD), a fund that supports children affected by natural, manmade and environmental disasters, in order to purchase two uniforms for each of the 350 students identified as affected by the flood.  Each student received two pairs of short, two shirts and a sweatshirt in his or her correct size.

Supervisor of Child Welfare and Attendance Edward Foster and Principal of Pine Ridge Alternative School Tony Terry were recently honored at the International Association for Truancy and Dropout Prevention (IATDP) Conference for their participation in a cooperative dropout prevention program that has significantly increased the graduation rate in Livingston Parish.

The 21st Judicial District Court’s Juvenile Drug Court and Dropout Prevention Program received the IATDP’s “Program of the Year” award.  The program operates under the judicial supervision of Judge Blair Edwards of the 21st JDC and includes members of  Livingston Parish Public Schools, the District Attorney’s Office, the Office of the Public Defender, TASC/FINS and Juvenile Drug Court, the Office of Juvenile Justice and the local office of the Department of Children and Family Services.