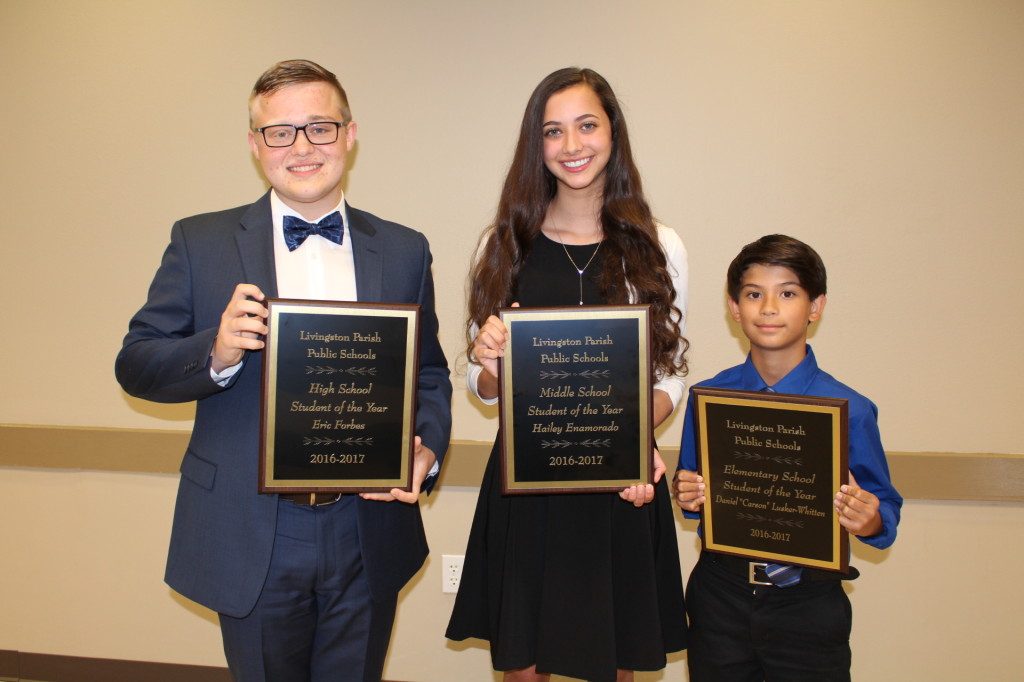 The Livingston Parish School Board and Superintendent Rick Wentzel on May 4 recognized parish students in grades 5, 8 and 12, who were awarded Student of the Year honors at their respective schools, as well as the parish’s top three students who will advance to compete at the state’s regional Student of the Year competition.

Forbes will be entering Louisiana State University this fall with 60 credit hours and a 31 on his ACT. He is graduating with a 4.0 GPA and is a noted Bible scholar who has learned more than 2,000 verses of scripture.

Enamorado has a 4.0 GPA and president of her school’s honor society. She recently created Hailey’s Heroes fundraiser for veterans and spoke at the Baton Rouge Fallen Officers Memorial.

Lusker-Whitten has a 4.0 GPA and is active in Cub Scouts. He recently helped to raise more than $60,000 for children with heart disease.

Click here for information on all the Student of the Year winners across the parish, including group photos of the Elementary, Middle and High School Students of the Year. 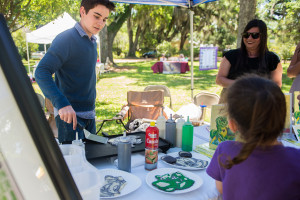 Springfield High School Freshman Mason Sibley prepares to flip his edible griddle artwork for a young customer at a recent book fair in St. Francisville. Sibley uses pancake art to promote the book “Green Dinosaur Pancakes,” which he illustrated with author Kat Pigott. Looking on to the right is Sibley’s mother Misti Sibley.

Springfield High School Freshman Mason Sibley’s ability as an illustrator is quickly gaining attention of professionals and pancake lovers! That’s because the young illustrator is now featuring his work on a sizzling griddle.

Sibley is promoting the children’s book “Green Dinosaur Pancakes,” which is written by local author Kat Pigott and illustrated by Sibley, through unique book signing appearances across the region that include him making vibrant colored pancakes in the of green dinosaurs.

“It’s a fun way to promote the book,” Sibley said. “I mix together vibrant-colored baking gels with regular pancake mix and place it in a squeeze bottle that I can use to draw on the griddle.  From there, voila! – green dinosaur pancakes ready for the eating!”

Sibley said he learned how to make the tasty edible mixture from an international food artist. “I learned the right ingredients to use to enhance the colors without compromising the taste of the pancake,” he said.

Sibley said he and Pigott are working on a sequel to the book, which he looks forward to taking on the road as well. But at the same time, he is working on his ultimate goal to become an illustration artist for Disney. He said he has begun working with professional animators and illustrators at Disney who invite him to spend time with them each summer. 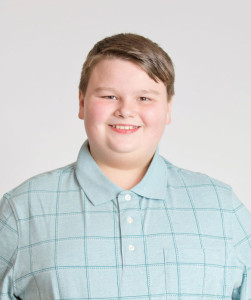 Gabriel “Blaise” Garland of Albany was recently awarded the 2017 Yes I Can Award at the Hynes Convention Center in Boston as part of the Council for Exceptional Children Convention & Expo.

The international award was presented to only 12 students with exceptionalities in the categories of academics, arts, school and community activities, self-advocacy, technology and transition. Garland was recognized in the academics category.

Over the last two years, Garland has transitioned from a combination of homebound and in-school classes to now attend school every day. He has made huge strides, like reading aloud to the class, earning a spot on the honor roll and trying out for the school football team.

Three Livingston Parish High Schools continue to receive top scores in the U.S. News & World Report’s Best High School rankings.  For the 2017 rankings, Holden High School earned the 13th spot among Louisiana schools and a silver medal, while Maurepas was ranked 29th in the state and Springfield was ranked 40th in the state, earning both schools a bronze medal.

The national magazine’s rankings are based on the school’s performances on state assessments, Advanced Placement tests and graduation rates. More than 5,000 schools were honored nationally.  In Louisiana, four high schools received gold medals, 12 earned silver and 82 were awarded bronze.

Holden High has been a previous bronze medal winner for the past five years in a row. This is the first time any Livingston Parish school has been awarded a silver medal.  Springfield has won four consecutive bronze medals and Maurepas has earned three consecutive awards.  French Settlement High is a past bronze medal recipient. 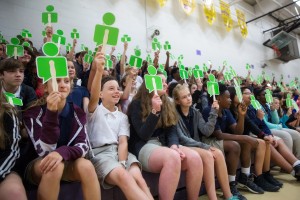 Students at Denham Springs Junior High participate in a password faceoff challenge to determine who can come up with the strongest possible password. The exercise was conducted as part of a safety presentation to the school by Google and Louisiana Congressman Garret Graves. (Photo courtesy of Google)

Two Google employees delivered the 45 minute presentation, which  focused on five tips for staying safe and being smart online. They covered topics including: thinking before you share, setting strong passwords, using settings, identifying online scams, and being positive online.

“Technology and the Internet are continuing to reshape how the world operates, and kids growing up right now will be leading future waves of innovation in the years ahead,” Graves said. “It’s important to learn early how to safely use and contribute to the ever-growing amount of information online, and I’m glad to be a part of today’s effort.”