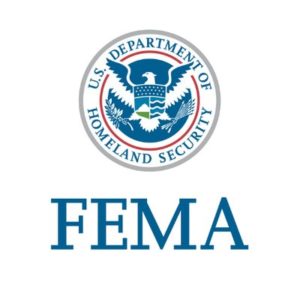 Livingston Parish School Superintendent Joe Murphy announced the district has been awarded more than $57 million in federal funds to rebuild those school campuses that were substantially damaged during the 2016 flood.

He said the district will receive $51.8 million from FEMA and another $5.4 million from HUD, through the Community Development Block Grant (CDBG) program, to build enlarged and much-improved campuses for Denham Springs Elementary, Southside Elementary and Southside Junior High.

“I want to thank U.S. Congressman Garret Graves and U.S. Senator Bill Cassidy for their leadership and assistance with securing this funding for our system.  Much credit goes to them for their efforts to reduce the National Flood Insurance Program penalty against our schools. That action alone saved our district $17 million,” Murphy said.

Murphy noted that FEMA’s standing policy is to assess a $500,000 penalty on every building that was not insured at the time of the flood.  Most school campuses in the parish have multiple buildings on site.  Such a formula would have escalated the district’s overall penalty to $21 million.  However, the Louisiana congressional delegation successfully pushed for FEMA to only assess the $500,000 penalty against each campus, reducing the overall cost to $4 million.

Murphy also noted that the district will be able to replace the flooded campuses with improved facilities, and not simply “build back” what was once there, thanks to the Public Assistance Alternative Procedure (PAAP) Program for Permanent Work, which was approved with the Sandy Recovery Improvement Act of 2013. 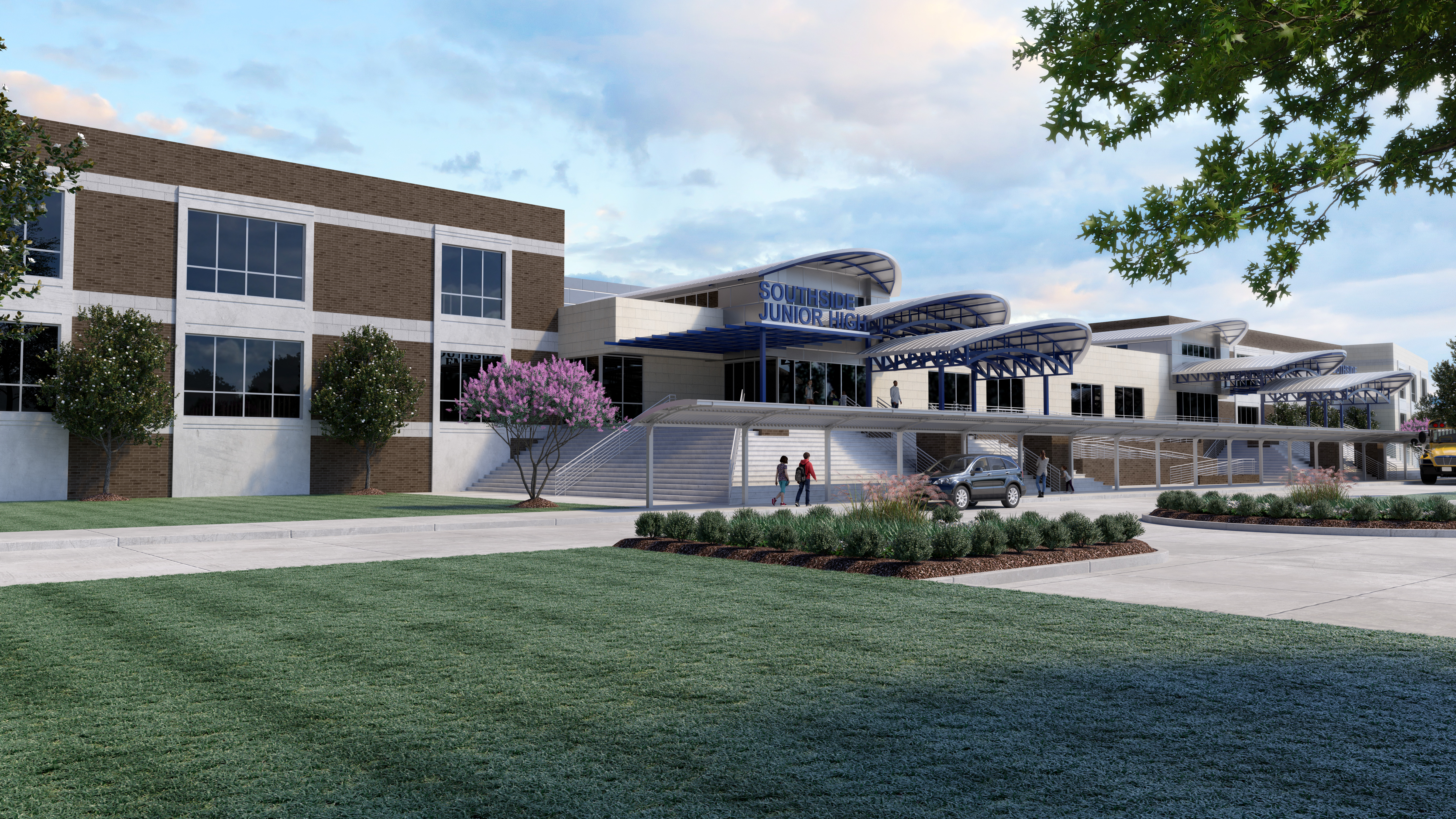 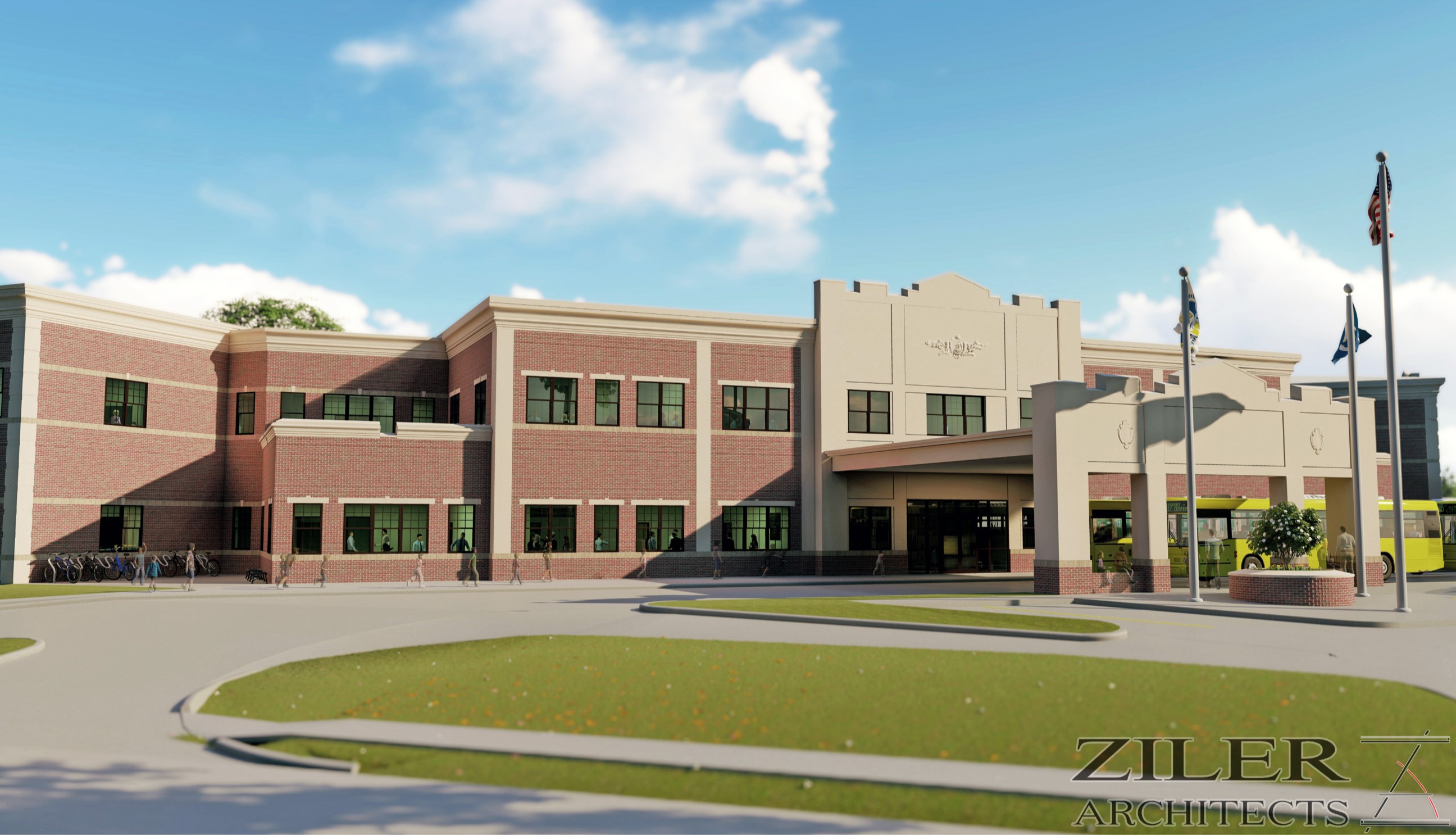 Superintendent Joe Murphy said the Denham Springs Elementary campus is currently in Phase I of construction, with contractors doing groundwork and sitework drainage.  At the same time, he said the district has received construction bids for the new Southside campus, and the school board is expected to accept a final bid by the middle of July.

“While this has been a long arduous journey for our system, it has proven to be most productive.  Our newly rebuilt schools will provide better learning environments for our students, and they will be built at a larger capacity to manage growing enrollments in the Denham Springs area,” he said.

The new Southside campus will house both the elementary and junior high schools.  The combined space of the two previously existing campuses was 148,000 square feet.  The new combined campus will occupy more than 184,000 square feet.  The new facilities will be located at the site of the old Southside Junior High School.  The vacated property previously occupied by Southside Elementary is now home to the district’s STEM & Robotics Center.

“These campuses will be larger, fully code compliant, more efficient and better equipped for learning inside and outside the classroom.  These facilities are designed with continuous learning as a focus,” Murphy said.  “We are excited about what these facilities will mean for our system and the Denham Springs community, and we are most grateful that the federal funding will allow us to cover most of the cost.”

The parish’s nine high schools are holding graduation ceremonies to honor those students on their campus who are part of the Class of 2020. The graduation schedules are as follows: 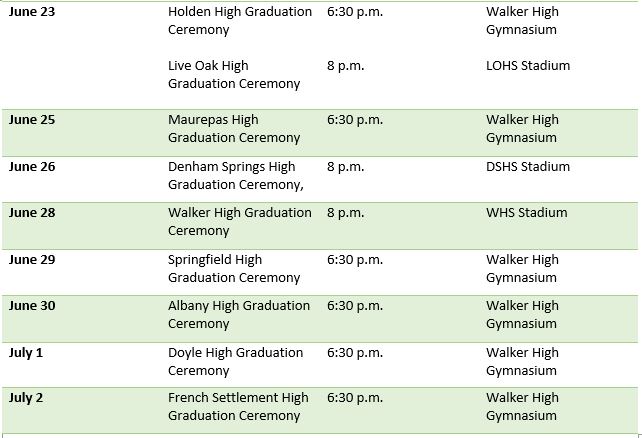 High School Curriculum Director Kelly Jones said district officials made plans, including site selections, based on capacity of available venues in light of COVID-19 social distancing constraints.  The Southeastern Louisiana University Center, which was scheduled to host six of the parish’s nine ceremonies, was not available to any high schools, he said.

Jones noted that six of the schools are utilizing the Walker High Gymnasium because it has a seating capacity of 2,200 persons, which limited to a 50-percent capacity, can accommodate 1,100 persons.  The gym is also equipped with live video broadcasting equipment that allows each ceremony to be live-streamed on Walker High’s Facebook page, as well as broadcast in its entirety on local cable stations – Channel 117 on Cox Cable and Channel 130 on EATEL Cable systems. 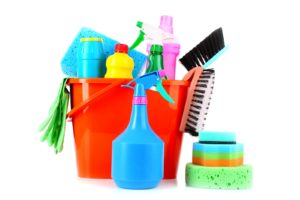 Guarantee Restoration Services, a restoration company serving Louisiana, Mississippi and the Gulf Coast, has been selected by school officials to provide COVID-19 cleaning services across over 40 school buildings.  The detailed cleaning efforts are scheduled to begin July 6 and cover all parish campuses.

The cleaning company announced that is will use Bioesque botanical disinfectants to minimize harmful chemicals being introduced into the school buildings, while ensuring a safe environment for teachers, staff and students to return to in the fall.  The company will also disinfect the district’s bus fleet.

Guarantee Restoration Services is one of the cleaning companies hired by Livingston Schools in 2016 to assist with cleansing and restoring campuses damaged by flooding.