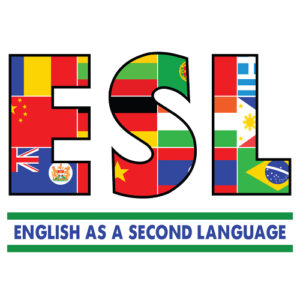 The Livingston Parish School System is expanding its ESL (English as a Secondary Language) program for the coming school year to help manage the district’s increased demand.  The number of students going through the program has doubled since 2016, according to Supervisor of Instruction Steve Vampran.

The district is opening a new registration center at the Pathways Campus and Adult Education Center, located at 13330 Burgess Road, across from Walker Freshman High School, to handle incoming students and to take the pressure off local campuses.  A new parish-wide coordinator and office secretary are being hired this summer to manage the new center.

“We have seen our population increase from 450 students to 860 currently over a two-year span. And with this recognition, we realized something needed to be done,” Vampran said.  He predicts the district’s numbers to rise to 1,000 ESL students by next school year. 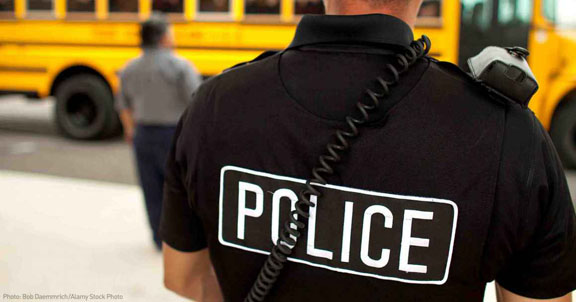 Livingston Parish Public Schools will add three more law enforcement officers to its campuses in the coming academic year amid concerns about safety following a number of school shootings across the nation.

The school board approved the 2018-2019 budget to include monies to pay for another police officer in Denham Springs and two additional sheriff’s deputies throughout the parish. The additional officers bring the total number of school resource officers (SROs) working among the parish’s 46 school campuses to 10. The district will pay half the cost of the new officers as it does the current ones.  The law enforcement agencies pay the other half.  Superintendent Rick Wentzel said the school board’s new budget includes approximately $48,000 for each officer.

The additions come as Livingston Parish Sheriff Jason Ard is proposing a half-cent sales tax on the Nov. 6, 2018 election ballot to fully fund SROs on every school campus in the parish. 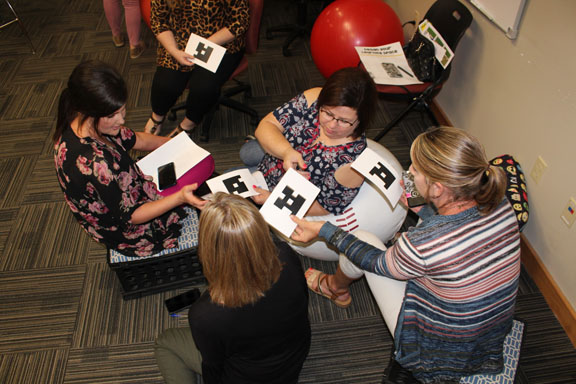 The traditional classroom image of desks neatly lined in rows may soon become something of the past in Livingston Parish.

That’s because more teachers across the district are incorporating creative learning spaces with flexible seating in their classrooms to more effectively increase student focus, collaboration and learning.

“We began this initiative in earnest at some of our elementary schools, where traditional student desks were replaced with flexible seating options.  The results of the new classroom configurations have been overwhelmingly positive – students are more comfortable, more engaged and more focused on their tasks,” Assistant Superintendent Joe Murphy said.

Instructional Technology Facilitator Nikki Lavergne said Learning Spaces workshops offered during the 2017-2018 school year maxed out quickly, prompting the district to schedule more in the summer.  Those too, were so popular that extra sessions were added, she said. 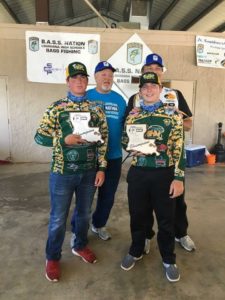 Walker High School students Hanson Chaney, left, and Bronson Beck, right, were named the 2018 Louisiana BASS National High School Fishing Champions.  They were presented with plaques at the state championship tournament.  They are pictured with BASS Louisiana High School directors Eugene Hoover and Jim Breaux. Chaney and Beck will compete in the national tournament in Paris, Tenn., in August.

Two two-man fishing teams from Walker High School will compete in the 2018 BASS National High School Championship next month, including incoming junior Hanson Chaney and incoming senior Bronson Beck who were ranked as the No. 1 BASS High School Fishing Team in Louisiana for 2018.

“Our team has done extremely well this year, finishing in 2nd place overall in the state, and having four teams finish in the Top 20 in Louisiana, out of a total of 247 teams statewide,” said Jeremy Ferachi, the BASS fishing team sponsor for Walker High School. He noted that Peyton Matherne and Lance LeBlanc placed 14th in the state, and Brennan Richard and Mackie Faucheaux finished the season in 16th place.  Matherne returns this year as a sophomore, which Richard and Faucheaux return as seniors.  LeBlanc graduated in May.

Livingston Parish Assessor Jeff Taylor and local volunteers are once again gearing up to collect monetary donations and supplies for the parish-wide Assess the Need Campaign that is expected to provide nearly 3,000 students with the supplies they need to be successful in the classroom during the 2018-2019 school year.

Volunteers will be taking donations for this year’s drive from 8 a.m. to 8 p.m. on Saturday, Aug. 4, and Sunday, Aug. 5, at the three Super Wal-Mart stores in Livingston Parish – located in Denham Springs, Walker and Watson.  Donations can also can be given online at www.AssesstheNeed.com, or through the Assess the Need Facebook page.

This is the 18th consecutive year Taylor has sponsored Assess the Need.