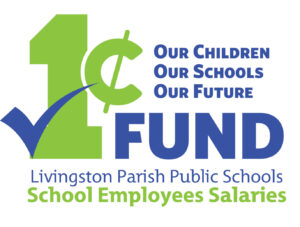 Board members will request that the Louisiana Secretary of State put the ballot proposition on the March 25, 2023, election ballot.

The 1-cent parish-wide sales tax will be exempt on groceries, prescriptions, and gasoline. It is estimated to bring in $24 million annually, which will enable the school system to give its employees a much needed 10-percent pay raise or a minimum $2,500 annual increase.

The proposed pay increase will allow the Livingston Parish School System to better compete for qualified personnel and to retain its best teachers and instructional staff who have become highly targeted recruits by neighboring school systems.

“We have looked at the books, and we’ve compared the salaries our school system currently pays to what’s being paid in neighboring school districts, and it’s clear – we’re fighting a losing battle right now,” said EFID Board Chairman Thomas “Bruiser” Bryson of Springfield, a retired SFC U.S. Army.

EFID Board Member Kayla Johnson, a realtor in Denham Springs, said, “Our entire parish economy is built on the backs of our school system employees.”

“If our school system continues to lose people and continues to decline, then our parish will become very stagnant and begin losing many of the amenities we have gained over the years – that would mean a loss in retail options, fewer restaurants, less medical resources, and fewer jobs in our communities,” Johnson said.  “What we’re talking about is bigger than just paying teachers!”

Livingston Parish Public Schools’ academic performance remained static with the district’s pre-COVID scores, according to this year’s state accountability report; however, that performance fell short of the state’s top-ten ranking, unlike past comparisons.

According to the Louisiana Department of Education’s 2022 report, which was released last month, Livingston Schools received an 88.5 District Performance Score (DPS), which is equal to the score awarded in 2019; but that score, which was worthy of a top-ten ranking in 2019, now received the state’s 11th best position.

Superintendent Joe Murphy said a breakdown of the data shows the district’s performance is being challenged in those areas where the district is experiencing staffing recruitment and retention issues as evidenced by the national, state, and local crisis in the teaching profession.

“First, let me say that for our district to hold student performance steady for the past two years through the pandemic and major storms, like Hurricane Ida, is a testament to all our employees and their dedication to our children. But the fact that we have not grown our overall score, and we are seeing a fall in our assessment scores, is evidence of the crisis we are facing,” Murphy said. “We must make every effort to recruit and retain the very best and brightest educational minds.” 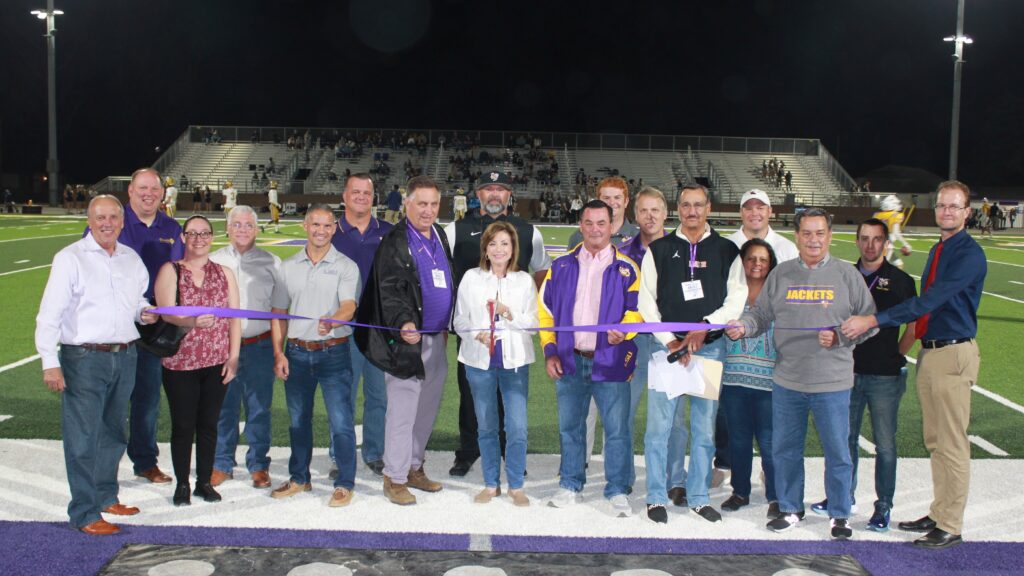 Livingston Parish school leaders held a ribbon cutting ceremony on the 50-yard line of the newly renovated Yellow Jacket Stadium field, prior to the start of a LHSAA Division 5A Playoff game, to formally celebrate the completion of the new athletic facilities on the Denham Springs High School campus.

Livingston Parish School Board President Cecil Harris recognized those individuals and organizations that participated in the planning, design, and construction of the various projects, including Coleman Partners Architects, Stuart Construction, Quality Engineering, Northside Baptist Church, City of Denham Springs and the DSHS and LPPS administrators, athletic and maintenance staff. He also thanked voters in Denham Springs who approved the April 2021 ballot request to extend an existing 8.64 mills to pay for the $13 million in improvements.

The completed construction projects include the resurfacing and realignment of Yellow Jacket Stadium, improved parking, a new stadium entry, a new track and field events facility, a new field house, expanded weight rooms, a new marching band practice area, and the addition of baseball and softball complexes on site. 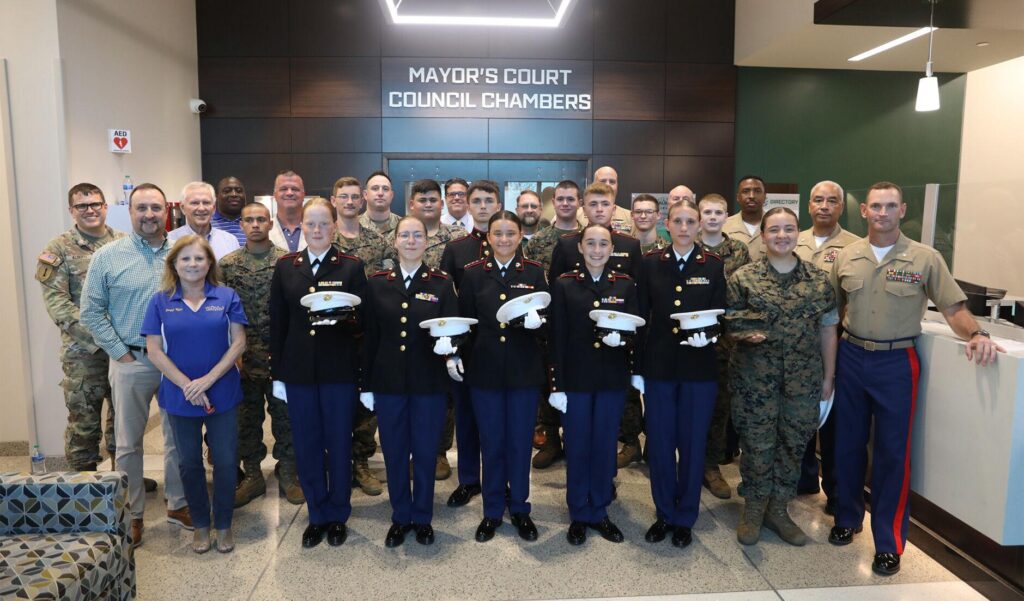 Walker city leaders, veterans, active military personnel, and ROTC cadets pose for a picture after the Walker City Council approved a proclamation declaring the city as a Purple Heart City during its meeting in September. Picture provided by Livingston Parish News. 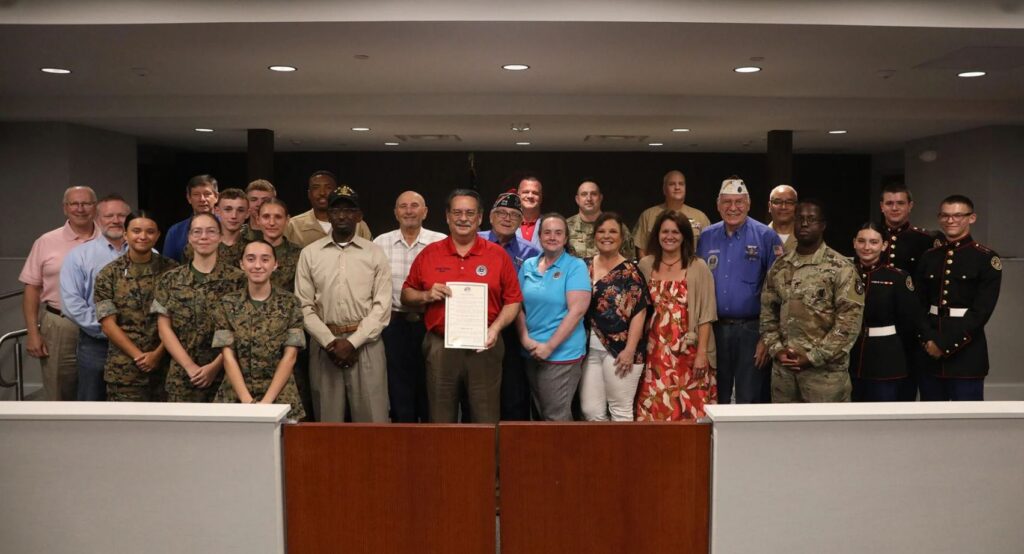 Denham Springs city leaders, veterans, active military personnel and ROTC cadets pose for a picture after the Denham Springs City Council approved a proclamation declaring the city as a Purple Heart City during its meeting in August. Picture provided by Livingston Parish News.

ROTC cadets from Denham Springs High School and Walker High School recently assisted local leaders in their respective cities in performing ceremonies that declared both Denham Springs and Walker to be “Purple Heart Cities.” The declarations recognized those military service personnel who sacrificed to defend the nation’s freedom.

The Purple Heart is a U.S. military decoration awarded in the name of the president to those wounded or killed while serving with the military. It evolved from the Badge of Military Merit and was created by General George Washington in 1782.  More than 1.8 million Purple Heart medals have been presented to service members, according to the National Purple Heart Hall of Honor.