Livingston Parish Schools continue to be among the state’s top performers, even with the introduction of new, more rigorous tests last school year, according to the Louisiana Department of Education’s latest accountability report released this month.  The district earned a District Performance Score of 102.5 to maintain its overall “A” rating, and 38 of the district’s 41 schools received an A or B.  The district has no D or F schools.

Superintendent John Watson noted that tremendous gains were made at the high school level, with improvements noted in virtually all areas, including End of Course exams, ACT scores and strength of diploma measurements, which include greater participation in dual credit, Advanced Placement and Industry-Based Certification courses. Parish students in grades 3-8 scored a high number of progress points on this year’s report.  The state awards progress points to schools who successfully push at-risk or struggling students to meet or exceed the learning goals set for them. Watson credits the progress to the district’s professional development efforts that have better equipped teachers with strategies to individualize instruction for their students.

The Livingston Parish School Board recently approved two requests to call for school tax elections on April 9 to issue construction bonds to build a new high school in Springfield and a new elementary school in Albany, as well as major upgrades at the upper, middle and high schools in Albany. The two issues will be voted on separately by voters in their respective school districts.

Voters in the Springfield School District are asked to approve a 36.25-mill property tax that will pay for a 20-year, $14.25 million bond issue to fund the construction of a new high school campus. School Board Member Jim Richardson said the current campus has run out of room with its many temporary buildings on site.  The new school would be built on 88 acres south of La. Hwy 42 at George Settlement Road.  Once the new high school campus is completed, the current campus would be used to house students in grades 6-8.  At that time, the current middle school would be used to house grades 3-5, freeing up additional room at the lower grade levels.

Voters in the Albany School District will vote on a 45.26-mill property tax to pay for a 20-year, $13.4 million bond issue to build a new elementary school on 13 acres north of town off Highway 43,  a new gym at the middle school and additional classrooms at the high school. The construction improvement plan also includes renovations and technology upgrades to the upper elementary school library.  School Board Member Sid Kinchen said the improvements are needed to help alleviate overcrowding. 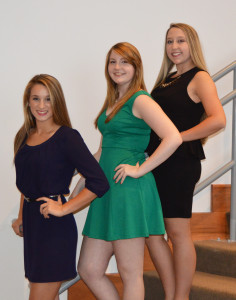 Three Walker High School sophomores were recently selected to the American Choral Directors Association All State Choir. Kayla Spearman, Elizabeth Watkins, and Marian Luzier performed in New Orleans at the Jefferson Parish Performing Arts Centre as part of their all-state selection.  Also, Luzier, who sings alto, was chosen to participate in the Louisiana Music Educators Association All State Choir.  Luzier competed in two rounds of auditions to qualify for the selection.  The first round of auditions were held at Catholic High School.  The top five singers in each voice part moved on to compete in round two of auditions at Lafayette High School.  Participants had to perform prepared selections and sight-read short selections.  The top five singers from each state district were chosen after the second round of auditions for the All State Choir.  Cathy McManus is the choral students’ Talented Music Teacher at Walker High School. 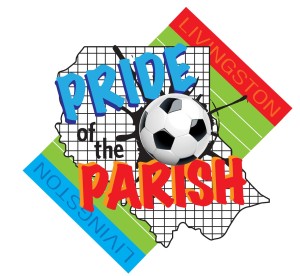 Fruge’s logo was chosen from numerous other submittals for its originality and artistic creativity. The design will be used in all tournament publicity. Additionally, Lizbeth Fruge’ received a $50 Raising Cane’s Gift Card and certificate and will be recognized on Jan. 14 at DSHS Yellow Jacket Stadium during the Championship Games on the final night of the Pride of the Parish Tournament.

More than 140 high school juniors from Springfield, Holden and Maurepas high schools participated in the Livingston Parish Chamber of Commerce’s “Connecting to Success” business conference at Carter Plantation on Dec. 1.  The students were exposed to topics on ethics, team building and personal presentation, and they spent time sharing with local business leaders.