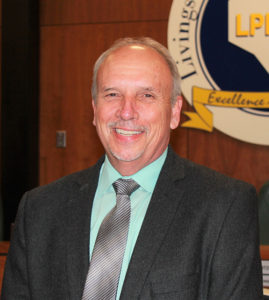 The Livingston Parish School Board voted at its April 18 meeting to have current Assistant Superintendent Joe Murphy take over as the district’s next superintendent.

Murphy has worked in the Livingston Parish Public School System since 1992, serving as a teacher, coach, assistant principal, principal and supervisor.

He has worked in his current post for the past four years and is credited with managing much of the district’s recovery from the August 2016 flood.  Murphy holds a Bachelor’s Degree in Secondary Social Studies Education from Louisiana State University and a Master’s Degree of Educational Administration and Supervision from the University of Southern Mississippi.

Current Superintendent Rick Wentzel announced in February that he would retire on June 15, 2019, forfeiting the last year on his four-year contract agreement.

Although Wentzel has nearly two months remaining of his term, he said he will step aside to allow his successor to begin serving in the district’s top position immediately. 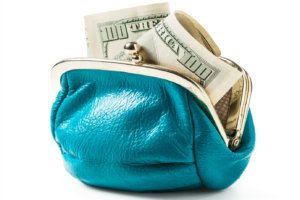 The Livingston Parish School Board voted on April 4 to give an additional $750 paycheck to each full-time school system employee.  Part-time employees will get a percentage of the full amount based on the hours they work. The checks are expected to be distributed in May.

Superintendent Rick Wentzel said the “13th check” is one of his final major initiatives before retiring in June.  The one-time payment to the district’s 3,475 employees will cost the school system $3.2 million, which will be primarily funded through surplus funds gained in 2018 from the parish’s one-cent sales tax that is dedicated to salaries and employee benefits.

“Our parish saw a large increase in sales taxes after the flood because of the increase in expenditures related to the recovery.  We would like to give more to our people, but we know these monies are ‘one-time’ dollars, and so we’re allocating them through this ‘one-time’ process,” Wentzel said, noting that the checks will be distributed next month.

Wentzel noted that the school system had a tradition of giving employees a “13th check” each year from 1997 through 2008, but when the state stopped funding the 2.75 percent cost-of-inflation increase, the district did not have the funds to give employees the extra check. 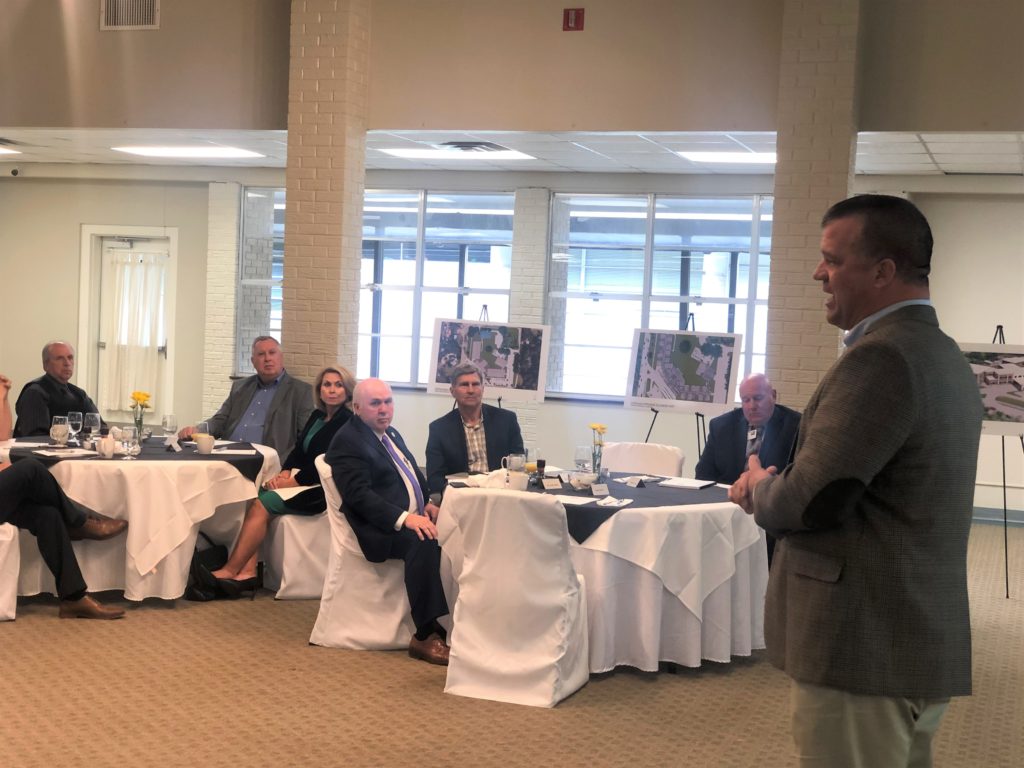 School Board President Buddy Mincey, Jr., addresses a room full of state legislators and school leaders during a Legislative Breakfast.

Livingston Parish School officials met with those state legislators who represent Livingston Parish at the new Walk On’s Conference Center on the campus of Walker High School to share with them priorities and funding needs for the school district.

Superintendent Rick Wentzel noted that district leadership is supporting the governor’s proposal for a pay raise for teachers and school staff, and he said an increase in funding for the Minimum Foundation Program (MFP) is long overdue and much needed. The MFP is the formula used by the state to determine funding for local school districts.

Wentzel also told legislators that the state currently allocates no funding for facilities; yet in parishes with growing populations – like Livingston Parish – that creates a tremendous financial burden.

The new 80,000-square-foot DSE campus will be the parish’s first two-story elementary school, and it will honor the city’s history with an exterior design that is similar to the original Denham Springs High School that was once located on the same site.  That original structure was destroyed by a fire in 1949 and rebuilt two blocks north, at its current location.

The new K-8 Southside Campus will house Southside Elementary and Southside Junior High.   The two schools will be combined into one two-story complex, but each with separate entrances and learning spaces.  They will share a large courtyard that can be viewed by the glassed library area.  The elementary school will accommodate 700 students, while the junior high can hold 1,00 students. 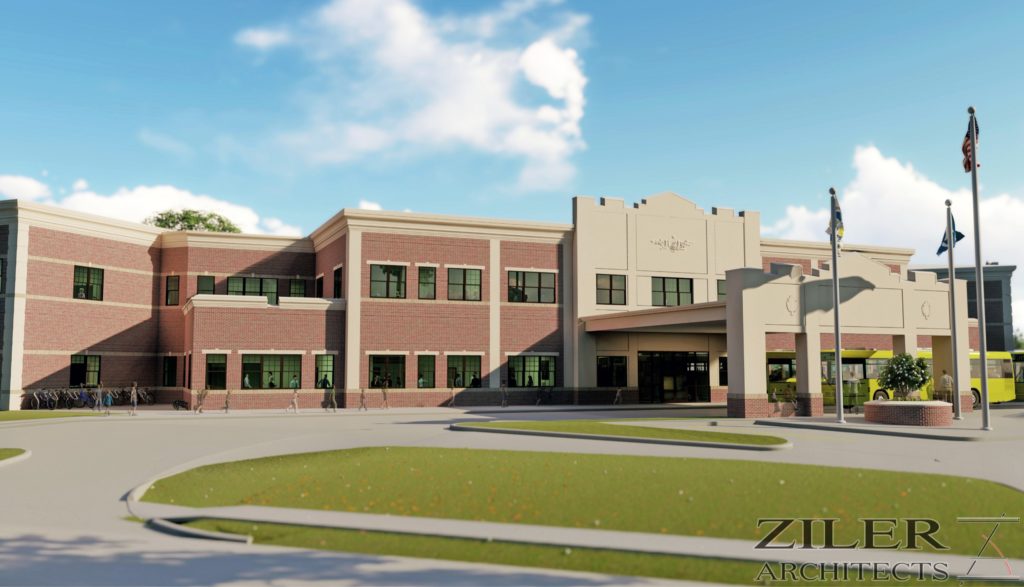 New DSE Rendering – District leaders unveiled this architectural design for the new Denham Springs Elementary by Ziler Architects.  The new school will be the first two-story elementary school in the parish.  It will replace the school destroyed by the August 2016 flood. 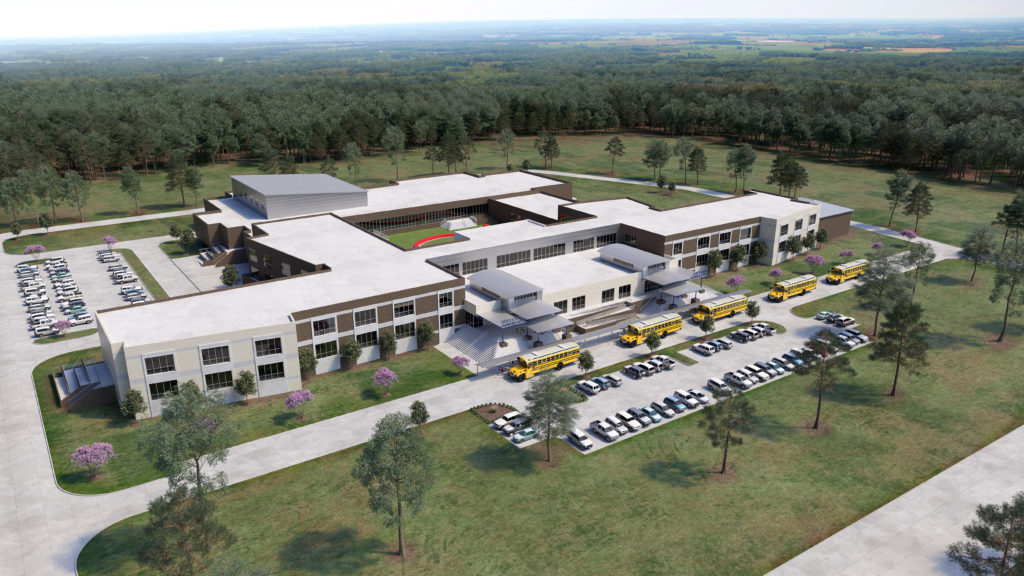 SSE/SSJH Campus Rendering – District leaders presented this rendering of an aerial view of the new K-8 Southside Campus.  The rendering from Alvin Fairburn & Associates shows that both schools will have separate entrances at the front of the building, with a shared outdoor common area in the center of the complex. 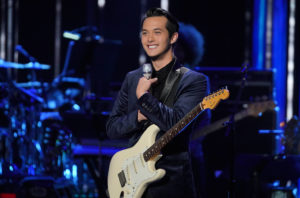 American Idol hopeful Laine Hardy, a recent graduate of French Settlement High School, is hoping his second chance at the big stage is the charm.  He has advanced to be among the popular talent show’s Top 10 contestants.  His renditions of Sam Cooke’s “Bring It on Home to Me” and the Beatles’ classic “Come Together” have impressed the judges.

Hardy was a part of the last season of American Idol and hadn’t intended to audition this season — he attended a friend’s audition as support, to play guitar, but couldn’t say no when judges thrusted a Hollywood golden ticket at him after an impromptu performance.