The Livingston Parish School Board voted in July to implement a permanent district-wide employee salary increase, starting with the 2014-2015 fiscal year.

The amount of the scheduled increase will mirror the same amount employees received in a stipend – or “13th check” – back in May, 2014.

The vote stipulated that the raise will be annualized and pro-rated depending on the number of days worked, as determined by the job descriptions of each employee.  The increases will begin with the August 2014 pay checks.

Taylor said a special “Chef’s Showcase” will be held on Sept. 18 at the Suma Hill Conference Center in Satsuma to benefit the program.  The 6 p.m. event will feature top dishes from local restaurants, live entertainment and a live auction.

The Louisiana Department of Education reported that the number of college credits earned in 2014 by Louisiana students on Advanced Placement (AP) exams increased significantly over results in 2013. Louisiana high school students scored high enough to earn college credit on 6,410 AP exams in 2014, compared to 5,144 in 2013 and 4,112 in 2012. Credits earned by students who score a 3, 4, or 5 on the AP exams are transferable to nearly any college in the nation and all colleges in Louisiana. Studies show that students who complete AP coursework, even if they do not score 3 or higher on the exams, are better prepared for college-level work and are more likely to graduate college. Three Livingston Parish high schools are among the state’s Top 10 schools for the number of students taking AP courses in 2014 and scoring a 3 or higher on the exams. 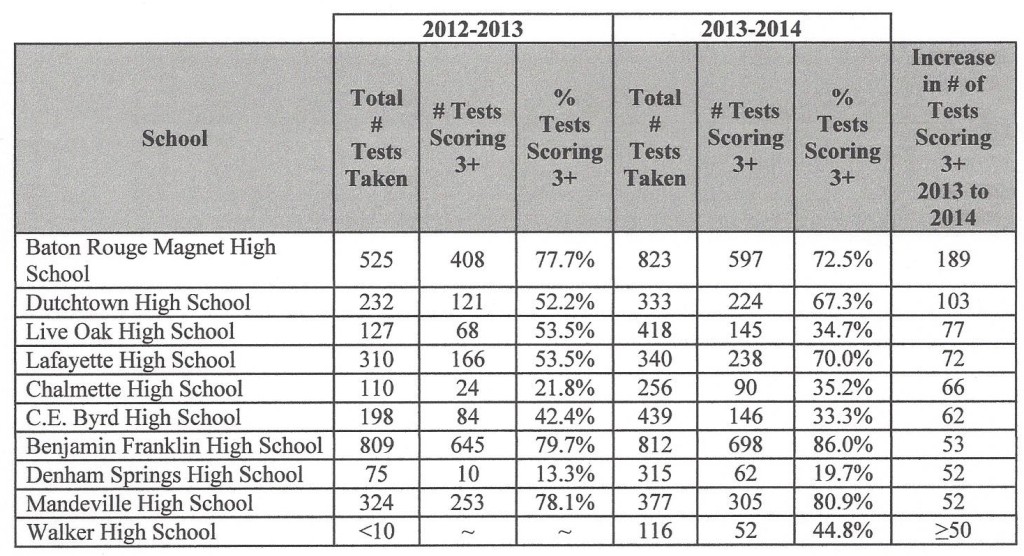 TOP 10 SCHOOLS IN AP EXAM PERFORMANCE GROWTH BY NUMBER OF TESTS SCORING 3+ FROM 2013 TO 2014, ACCORDING TO THE LOUISIANA DEPARTMENT OF EDUCATION 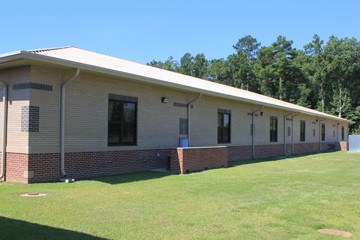 A new six-classroom wing at South Fork Elementary School was constructed over the summer.

The district completed construction on a new classroom wing at South Fork Elementary this summer to help accommodate the school’s growing enrollment, which has now increased to approximately 460 students in grades Pre-K to 5.  The new wing includes six classrooms that are equipped to add technology features to enhance student  learning.  School Board Member Jimmy Watson said the addition was constructed at a cost of approximately $700,000 with existing monies in the Walker School District account that were derived from a parish-wide 1.5-cent sales tax dedicated to school maintenance.  Watson noted that South Fork Elementary will receive another four-classroom wing, new multi-purpose building that includes three classrooms and new restrooms, and additional parking in the coming year as part of the $25 million bond issue that was approved by voters in May.