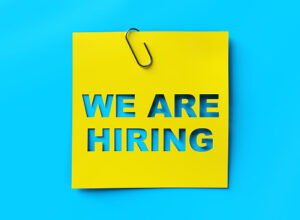 “This was the first district-wide employee recruiting event Livingston Schools has hosted since 2008.  We want to extend invitations to anyone interested in working for Livingston Parish Public Schools to explore the opportunities we offer,” Vampran said. 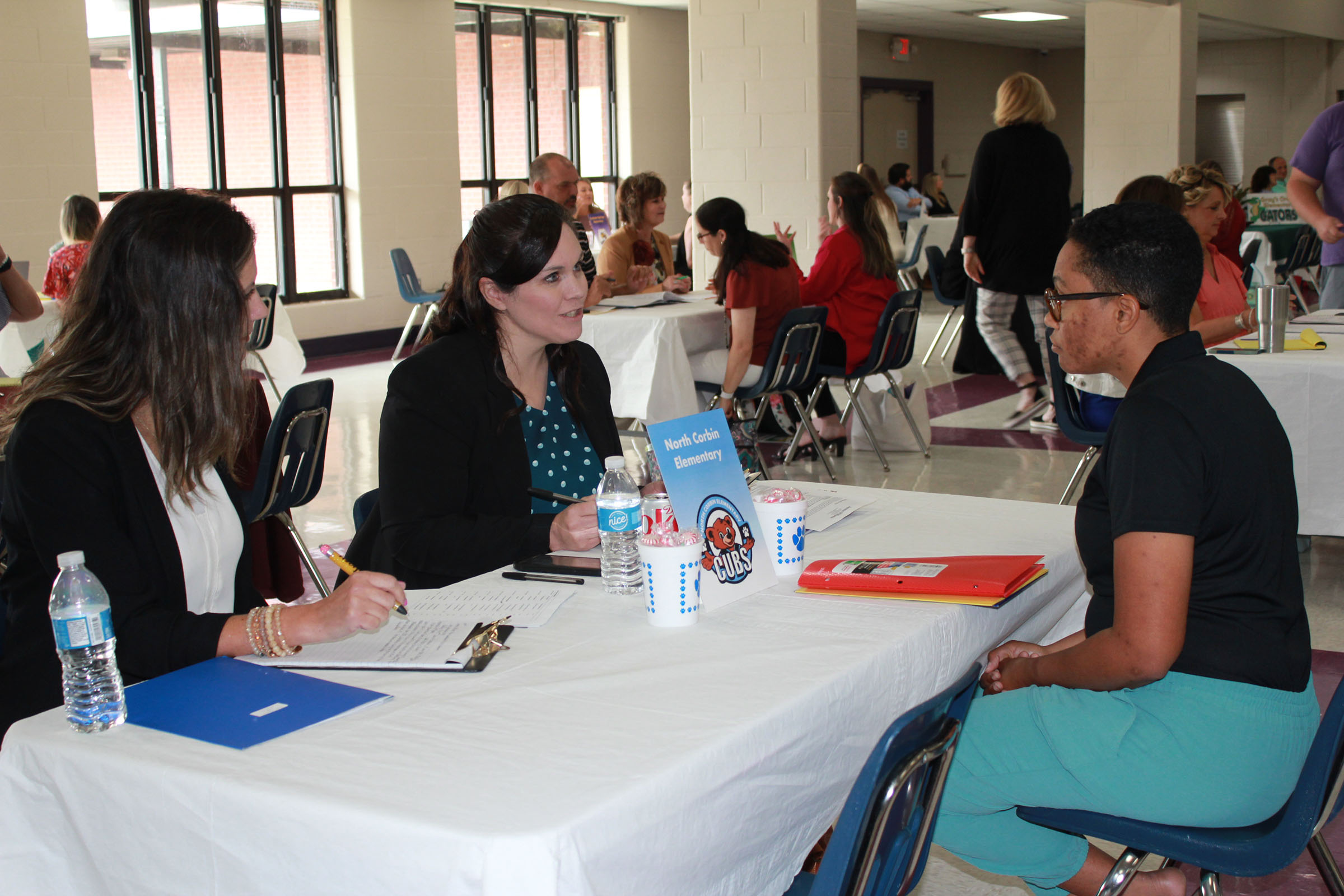 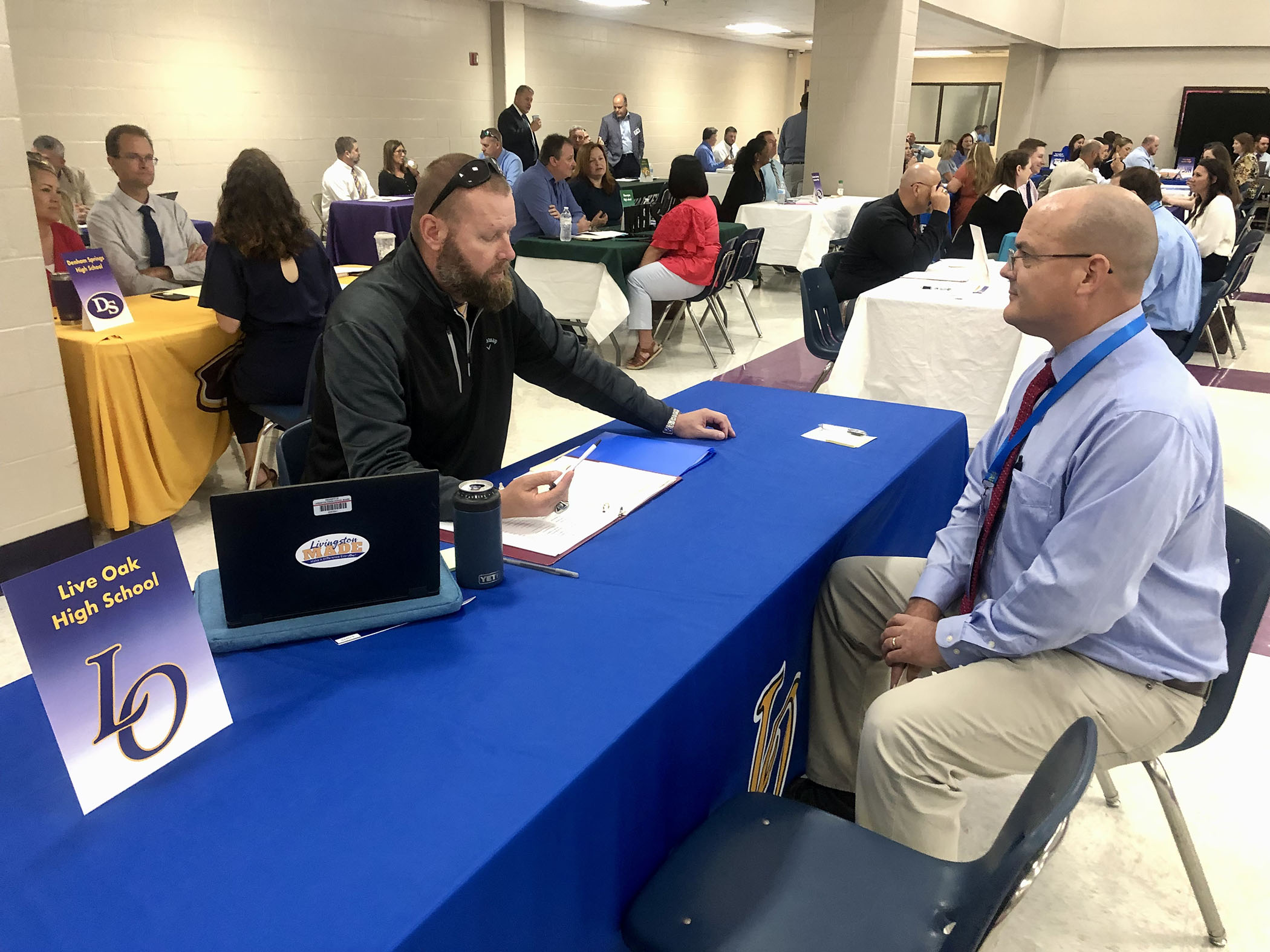 Live Oak High School Assistant Principal Eric Fasbender, left, interview Michael Partin for a possible teaching position at his school. Partin said teaching will be a new career for him, as he formerly served in the military and worked as a shipping receiving manager for many years. But over that time, he said he enjoyed working with youth at his church and in his community. 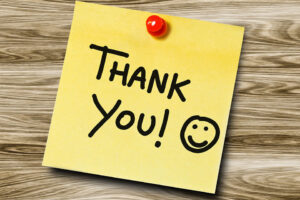 Voters in the Albany School District agreed to make a significant investment in their local schools by passing a half-cent sales tax in the April 30 election.  The funding proposition for the local school district passed with nearly 60 percent of the vote.

The half-cent sales tax is expected to raise between $200,000 and $300,000 annually for the Albany School Tax District, according to School Board Member Dr. Devin Gregoire, who represents the Albany schools.

Gregoire has said that funds from the tax will be used to build a new elementary cafeteria, a new middle school gym, and a track-and-field facility for all grade levels. 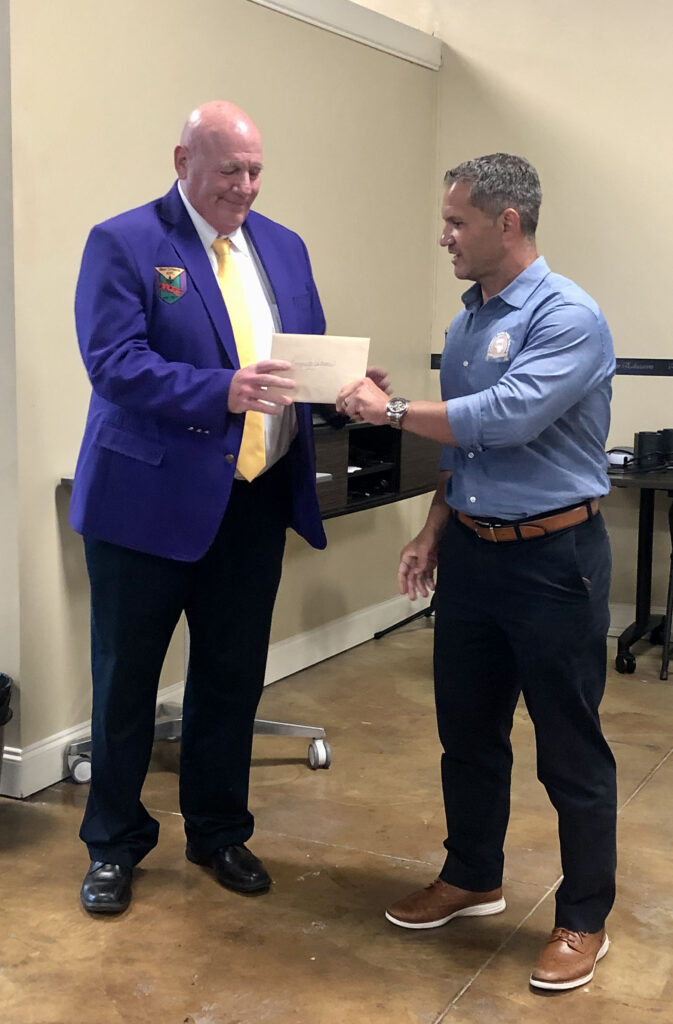 Assistant Superintendent Stephen Parrill has retired after more than 30 years working as an educator and school administrator.

Parrill has served as a teacher, coach, school administrator and district administrator.  He began his career in 1991 at Hammond Junior High, where he taught Louisiana history, reading, and speech while also serving as a coach for football and track.

He moved to the Livingston Parish school system in 1995 and began teaching at Springfield Middle, where he remained for 12 years. Parrill taught world history and speech, served as a special education teacher, and coached the football and basketball teams. He was promoted to assistant principal of the school in 1999 and then principal in 2001.  He was promoted to the district’s central office in 2007.

Parrill was recognized multiple times during his time at Springfield Middle. He was the school’s teacher of the year in 1998-99 and was later named the parish’s principal of the year in 2006-07. He has also served as a principal mentor for the Louisiana Department of Education since 2002. He worked as supervisor of middle school instruction before being promoted to assistant superintendent in 2016.

One of Parrill’s most-beloved services was he role as “Captain Patch,” a loveable, larger-than-life, swashbuckling pirate who would tour the elementary schools each year.

The district held a retirement celebration for Parrill at the LPPS Suma Development Center on May 25.

Livingston Parish Schools will continue its partnership with Focus Foods to provide free meal service to school children during the month of June.

Food Services Director Sommer Purvis said Focus Foods will continue to deliver five-day packages of shelf stable food items each week through June 30 to families who have signed up for the service.  Food packages can also be picked up at 19097 Florida Boulevard in Albany (next to Anytime Fitness) from 11:30 a.m. to 6:30 p.m. on Tuesdays-Fridays.