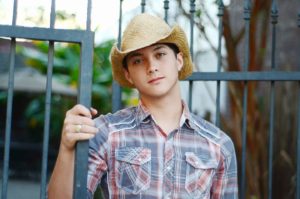 Hardy’s solo audition on the show marked the first time he ever performed on his own. He said he started singing a couple of years ago with his brother and cousin, and the trio had only performed in a few local restaurants before Hardy got his break.

Hardy’s gritty country voice is prominently featured by the show. His performances are posted on YouTube and his Facebook page. 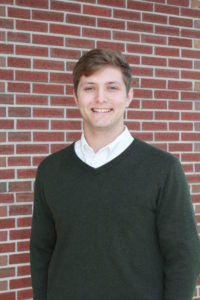 French Settlement Senior Brayden Aime has done what most students can only imagine. He scored the maximum score of 36 on the ACT.

The ACT is one of the nation’s top college entrance exams, and the predominant exam given to college-bound students in Louisiana. It includes four mandatory sections – English, math, science and reading – and an optional writing section.  Out of the 1.8 million students who take the test every year, only about 1,000 get the highest possible ACT score.

Aime said he earned the 36 on his second attempt. “I felt relieved when I got my score.  I knew my family would want me to take again if I hadn’t done that,” he said.

Aime said he plans to attend the Massachusetts Institute of Technology (MIT) or Yale University in the fall to pursue a double degree in Computer Science and Mathematics, with a minor in International Relations. Aime has a scholarship to study in in Rome, Italy this summer, and he has lined up a paid internship in Washington D.C. for next summer. 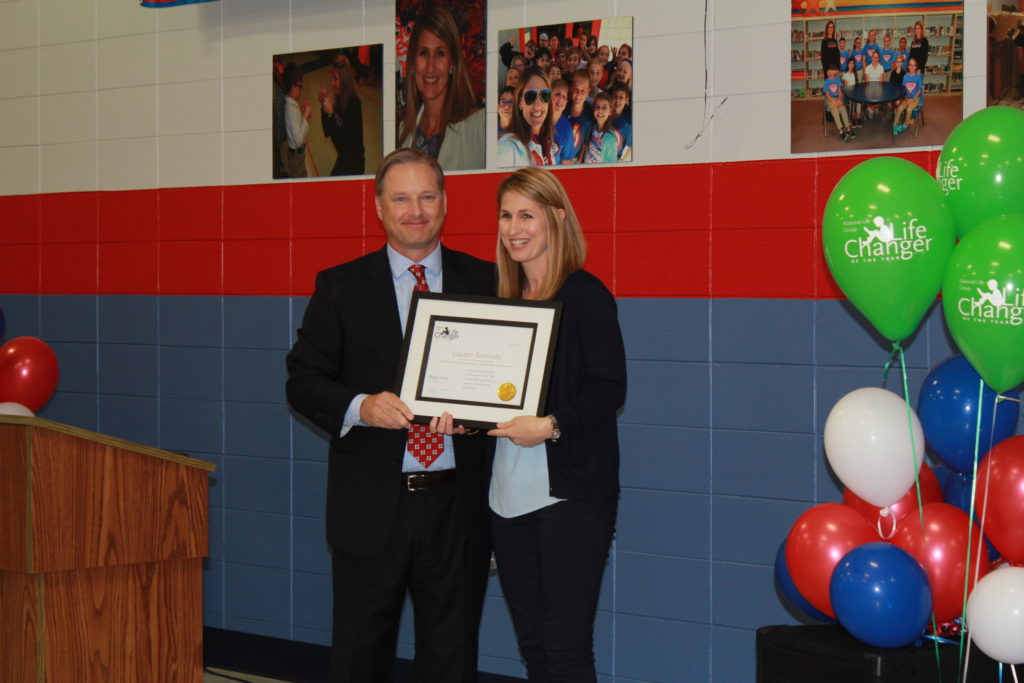 Eastside Elementary Assistant Principal Lauren Kennedy (right) receives the Top 5 finalist award for the National Life Group’s 2017-2018 Life Changer of the Year Award, from Sean Davis (right), who nominated her for the award. Kennedy will travel in May to Bermuda, where the top winner will be announced.

Eastside Elementary Assistant Principal Lauren Kennedy has been named a grand-prize finalist for the National Life Group’s 2017-2018 Life Changer of the Year award.  Kennedy received word of her Top 5 status at a surprise presentation at her school on March 5.

Lured to the school’s gym under the false pretense of a “maintenance issue,” Kennedy opened the gym door to a resounding “Surprise!” from nearly 600 students, teachers, school administrators and family members.

Kennedy was nominated for the prestigious award by a former high school classmate who knew about her efforts to help others after the August 2016 flood.

Kennedy and four other national finalists will be flown to Bermuda in mid-May to attend the awards ceremony, where the top winner will be announced. The winner will receive $10,000, with half of that going to the winner’s school. For being named a grand-prize finalist, Kennedy has already be awarded at least $5,000 to be split between her and Eastside Elementary. 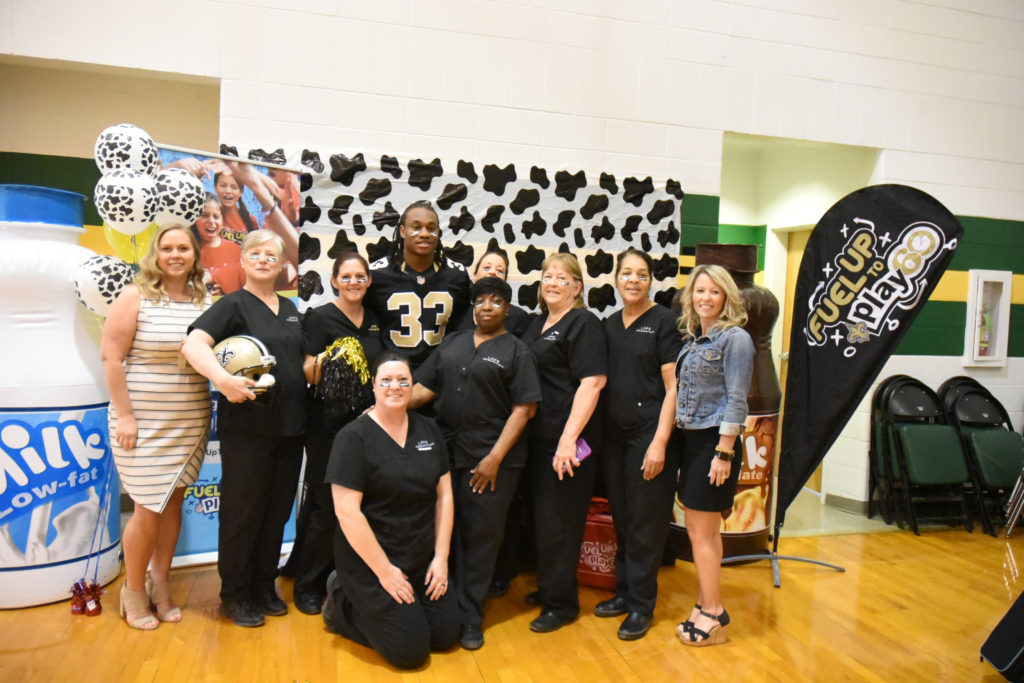 French Settlement High School and North Corbin Junior High recently received the state’s highest awards in the “No Kid Hungry” Breakfast Challenge, which is sponsored by the Louisiana Department of Education and Gov. John Bel Edwards.  French Settlement High had the largest increase in breakfast participation among schools with grades 9-12, while North Corbin Junior High topped the list among schools in the K-8 category.

Participation in school breakfast is up 46 percent this year across the parish. The school system has been able to offer the food for free through the Community Eligibility Program (CEP) – Livingston Parish qualified due to the large number of families impacted by the devastating 2016 flood. At the same time, the district has made the meals more appealing, by feeding students in their classrooms with a bagged breakfast and offering them a mid-morning break.

The two winning schools celebrate their increase with pep rallies that featured representatives from the New Orleans Saints football team. 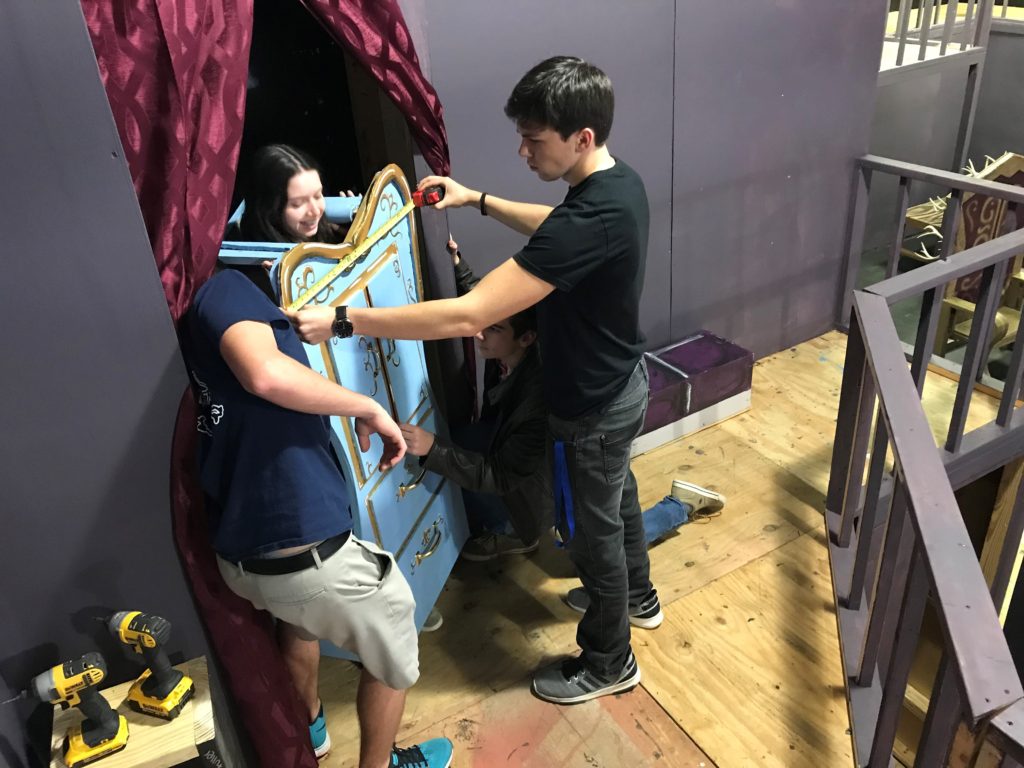 The Springfield High School Theatre students will perform a live, on-stage production of Walt Disney’s “Beauty & the Beast” April 9-14 at the school.

Daily performances will be held at 9 a.m., noon and 7 p.m., April 9-13. Ticket prices for each session are $5 per person, except admission for the 7 p.m. show on April 11 will be free and will include an inspirational message delivered by Wind Ministries Pastor Terry Lobell.

The students will also present a dinner theater performance on April 14 at 7 p.m., which will feature a full-course meal prepared and served by Johnny Ziegler, owner of Pop’s Blazin’ Smokers. Tickets for that one-night-only event are $25 per person.

The production is based on a French fairy tale about a prince who is magically transformed into a Beast and his servants into household objects as punishment for his arrogance. The Beast imprisons Belle, a beautiful young maiden, in his castle in hopes of breaking the spell.  To become a prince again, the Beast must learn to love Belle and earn her love in return before the last petal from an enchanted rose falls, or else the Beast will remain a monster forever.