BOARD ELECTS GRAHAM AS PRESIDENT, BENTON AS VICE PRESIDENT

The Livingston Parish School Board elected new leaders at its Jan. 9 meeting.  David “Bo” Graham of Walker was named the new president, and Jan Benton of Denham Springs was voted vice president. The two were unanimously elected to their positions.

Graham replaces outgoing School Board President Buddy Mincey, Jr., who resigned his seat to move into his newly elected position of State Representative for District 71.  Mincey was sworn in as State Representative on Jan. 13, prior to the governor’s inauguration ceremonies that same day.

The board is expected to take nominations to fill Mincey’s seat at its Jan. 23 meeting until a special election can be held in November. 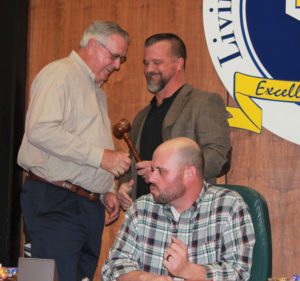 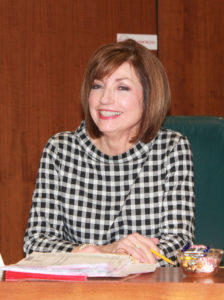 Speaker and author Thomas Murray, who is director of innovation for Future Ready Schools, a project of the Alliance for Excellent Education in Washington, D.C., spoke to parish educators on Jan. 7 as part of a full day of professional learning presentations, walk-throughs and workshops across the parish.

Murray presided over two sessions at the Walker High School gym for approximately 1,100 certified schoolteachers at each session. He presented information from his new book, “Personal & Authentic: Designing Learning Experiences that Impact a Lifetime,” which was released in October 2019.

“We wanted to pause just a moment during this ‘half-way’ point in our schoolyear, before returning to the classroom for the spring semester, to remind our employees why we do what we do,” Superintendent Joe Murphy said. “It’s about the kids, and we can’t ever lose that focus.  We wanted to remind our employees in a powerful and meaningful way that it’s our job to foster personal and authentic learning experiences for all our students – every day.” 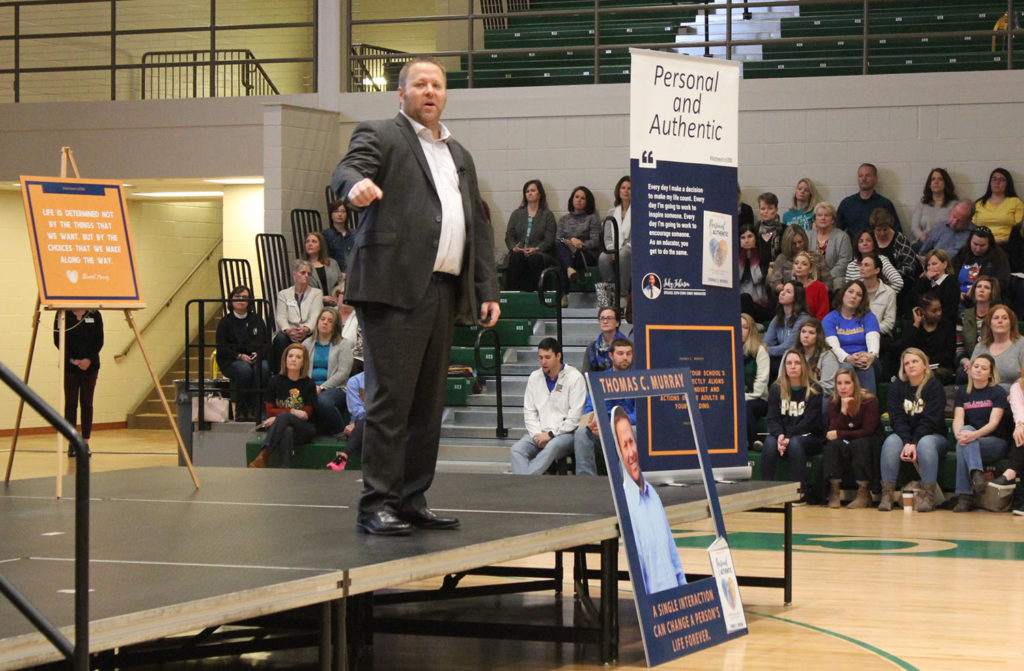 Thomas Murray presented two sessions to Livingston Parish educators and staff on how to design learning experiences that are personal and authentic. 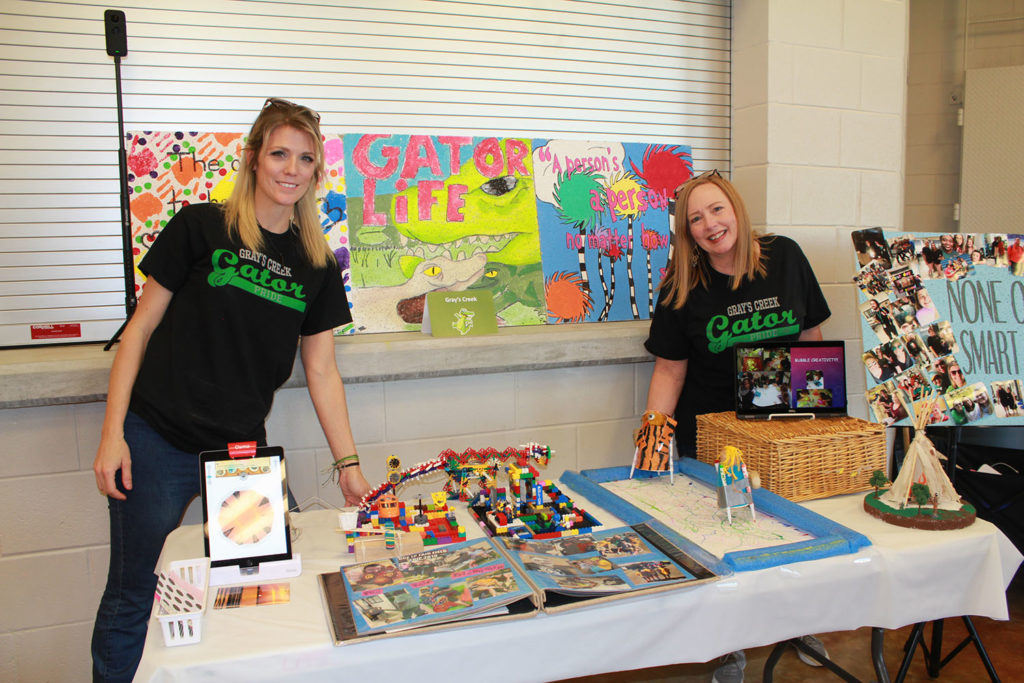 Gray’s Creek Elementary Para-professional Julianne Sadler and Assistant Principal Michelle Denton showcase robotic projects they do with their students as part of their STEM curriculum. The school’s kiosk was one of many in the “gallery walk” at the district’s professional learning day.

Freshwater Elementary has been named the most improved school in the state and among the top 2 percent of all elementary and middle schools across Louisiana, according to the most recent accountability report by the Louisiana Department of Education.

According to the state report, only nine schools in Louisiana improved by 10 percentage points or more.  Freshwater Elementary was the most improved – increasing its overall mastery rate from 43 percent to 60 percent – a 17 percent jump.  Out of 1,267 elementary and middle schools (non-magnets) statewide, Freshwater came in at number 27. Freshwater Elementary’s overall School Performance Score also grew from 83.5 in 2018 to 95.7 in 2019 – a 12.2-point improvement.  One of the most impressive score indicators was the school’s progress index, which measures the number of individual students who meet their growth target level – that number grew from 100.7 points in 2018 to 115 points in 2019, reflecting a 14.3 jump that easily earned Freshwater Elementary an “A” status rating as a Top Gains Honoree.

“When they started announcing the numbers, I couldn’t believe it.  I knew our students and teachers had given their best, but the numbers were amazing,” Principal Julie Dugas said.  “Our school was at the top in our district and among the state’s very best.  Most of our teachers recorded the top scores overall in their grade and subject areas.”

Dugas noted that some teachers grew their individual sections by double digits and a few by more than 20 points. 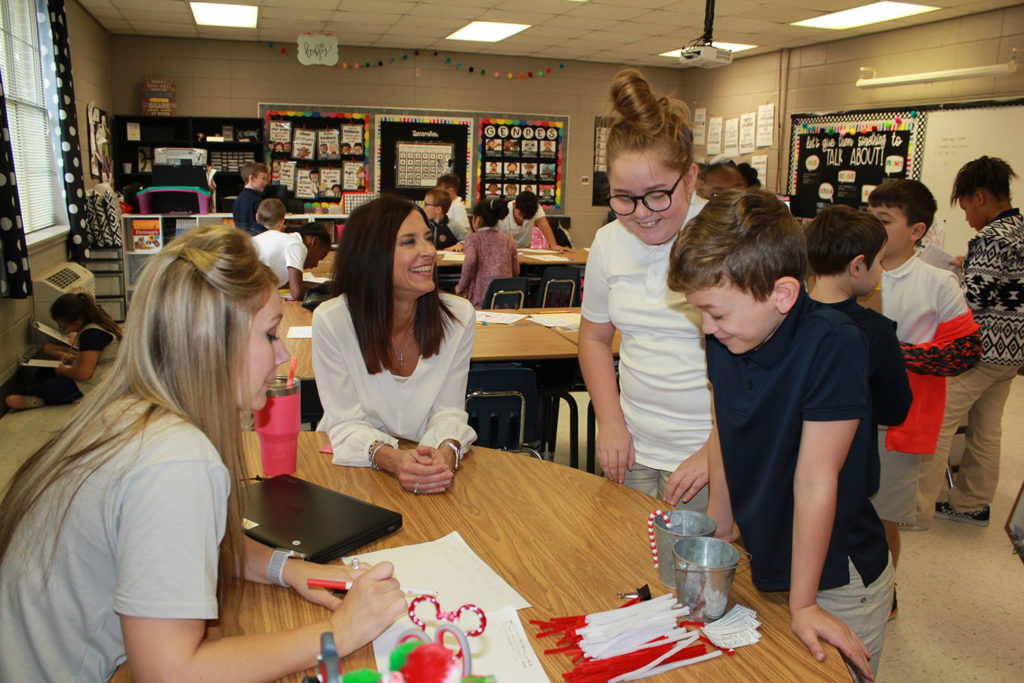 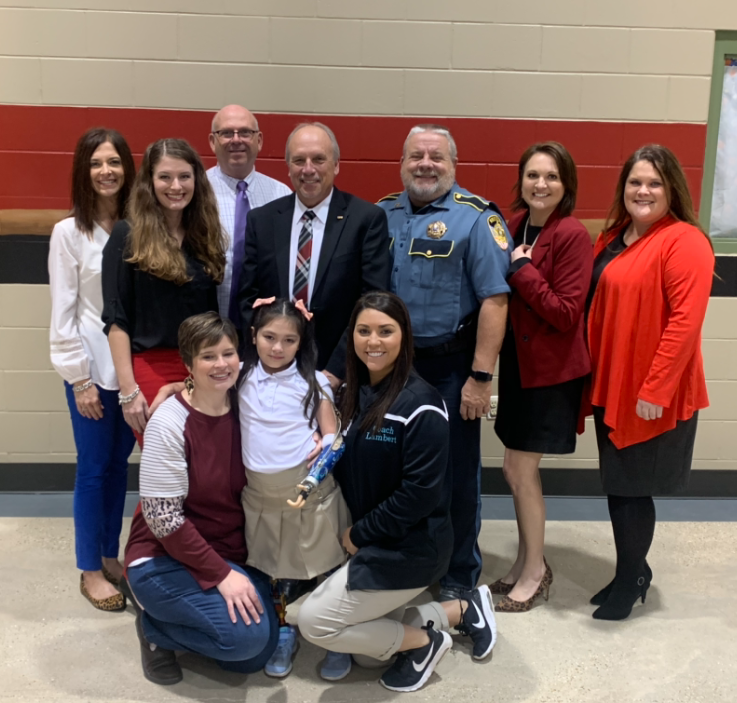 Seventh Ward Elementary Student Camilla “Cami” Rios and Paraprofessional Tessa Walters have both received awards from the Council for Exception Children for their outstanding efforts.

Rios is a recipient of the Council for Exceptional Children’s 2019 “Yes I Can” award in the self-advocacy category, which honors children with exceptionalities who have demonstrated determination and achievement.  Rios suffered from a severe meningitis infection at the age of 2, causing her to have both legs amputated above the knees, her left arm amputated below the elbow, and damage to her right upper extremity, including a deviation in her hand and damage to her fingers that has severely limited her range of motion.  Despite her physical limitations, she is one of her school’s most independent – and most popular – students.

Walters is a winner of the same organization’s 2019 Parent Advocate Award, which recognizes parents who promote and provide for the education and enhancement of individuals with exceptionalities in order to promote and support their full participation in the community. Walters also serves as a spokesperson for disabled children and their families, advocating for greater services and more funding.  She has spoken to the Louisiana House Appropriation Committee, advocating for funding of a Pediatric Day Health Center in the Baton Rouge area, and she has been the subject of numerous news articles.  Walters works with her daughter, Piper, and with Cami Rios, at Seventh Ward Elementary.