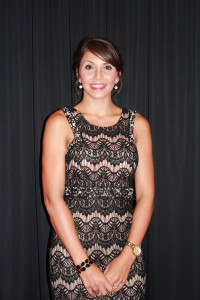 The Louisiana Department of Education recently announced that Livingston Parish teacher Joni Smith is the overall 2017 Teacher of the Year.  Smith, who is a 7th- grade science teacher at Albany Middle School, was selected as the state’s top teacher from among 24 elementary, middle and high school teachers from across the state who advanced to the state department’s final-round of competition for the award.  The announcement was made at the 10th Annual Cecil J. Picard Educator Excellence Symposium, which was presented by Dream Teachers, on July 15 at the Crowne Plaza Hotel in Baton Rouge.  The state department noted that Smith’s students rank first in Livingston Parish and fourth in the state for test scores in life sciences.  As part of Smith’s award, she was presented with a one-year lease on a new Mercedes, courtesy of Mercedes-Benz of Baton Rouge.

“We are overjoyed with Ms. Smith’s selection as the top overall teacher in Louisiana. She is a dedicated educator who not only works hard to ensure all her students learn and understand the material taught in her class, but she also encourages her students to become community leaders and to actively engage in serving those in need,” Superintendent Rick Wentzel said. “Ms. Smith is most deserving of this recognition, and she is a prime example of why Livingston Parish Public Schools continues to provide its students with a quality education.” 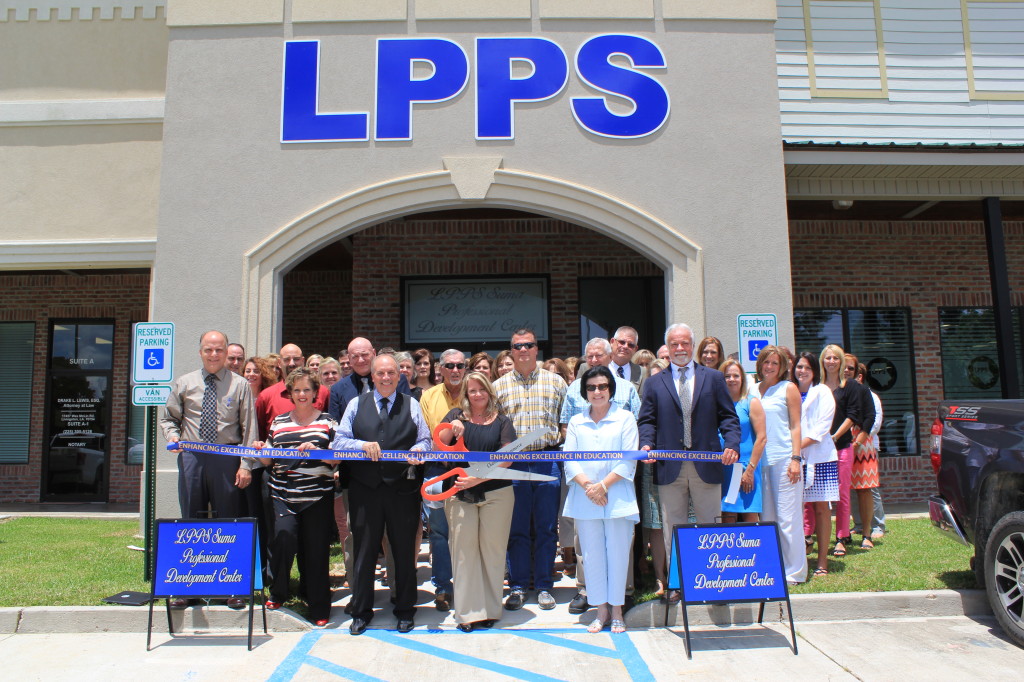 Livingston Parish school officials and community leaders officially opened its new Suma Professional Development Center July 19 with a ribbon cutting ceremony. The new center is located at Suma Lakes, near the I-12/Satsuma exit, providing the district with centralized meeting space for large groups. The 4,000-square-foot space is equipped with presentation technology and wireless connectivity, and it allows approximately 150 people to meet around tables for discussion.

“Before accessing this center, our district lacked a space large enough to house large groups, causing us to lease multiple off-site spaces for many of our professional development sessions. Now, we can host our sessions in our own facility,” Assistant Superintendent Joe Murphy said.  He praised central office staff member Tammy Kuhn for taking the initiative to locate the facility, and he thanked Jason LaBorde and his print shop employees and Robert Logan and the IT staff for their efforts to make the professional development center ready for occupation. 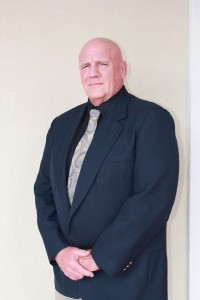 Stephen Parrill, a supervisor of instruction with the Livingston Parish public school system, will serve as the district’s newest assistant superintendent. He fills the vacancy created by Rick Wentzel’s move to superintendent.

Parrill brings to the job more than 24 years of experience in education, the majority of which have been in Livingston Parish. He has served as a supervisor of instruction in the district since October 2007, after serving three months as a substitute in that position. Before moving to the central office, Parrill served as principal from 2001-2007 of Springfield Middle School, where he first served as a teacher, beginning in 1995, then served as assistant principal from 1999-2001. 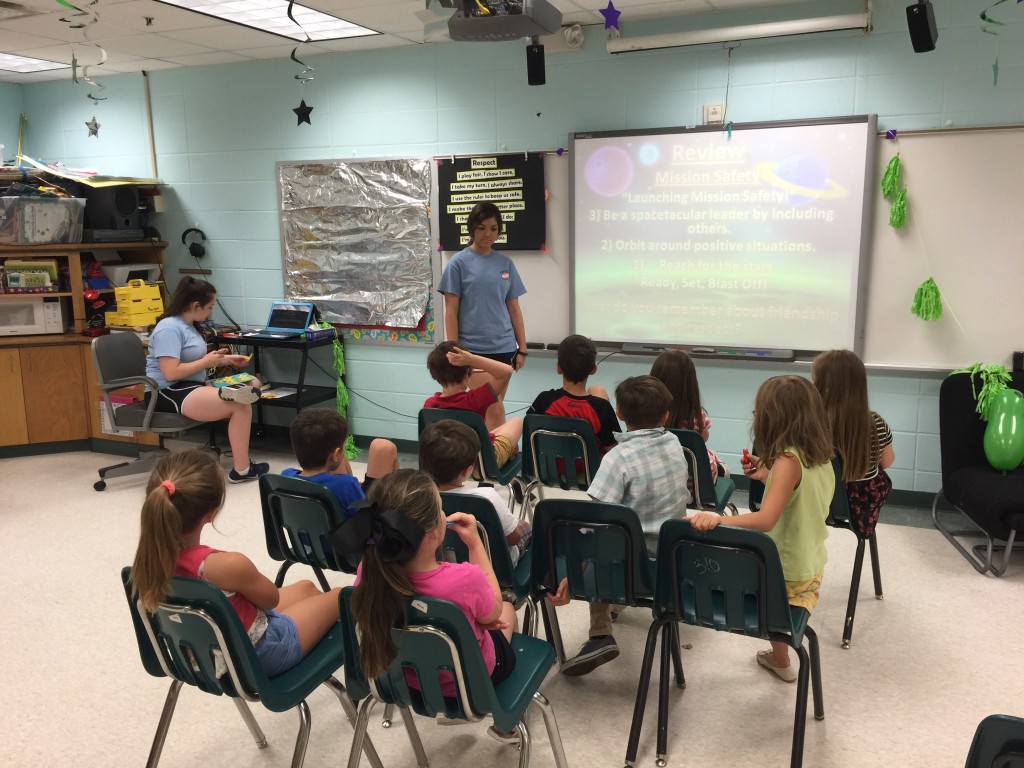 The local Students Against Destructive Decisions (SADD) organization held its first summer camp for grade 1-12 at Gray’s Creek Elementary School. Elementary-aged students participated as campers, junior high students worked as assistants and volunteers, and high schoolers served as camp instructors. The camp presented a variety of safety and prevention workshops. Pictured are camp instructors Baylee Waldrop, who prepares a seatbelt safety lesson, and Tori Bowler, who is teaches a group of 1st graders about medicine safety. 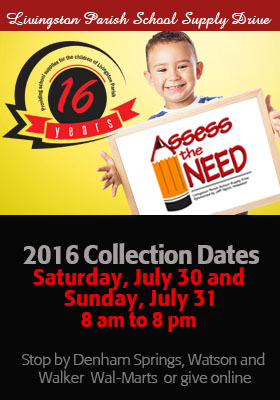 Livingston Parish Assessor Jeff Taylor and a team of volunteers are making plans to provide school supplies for nearly 3,000 needy children in Livingston Parish Public Schools for the start of the new school year. Taylor is the sponsor of ASSESS the NEED, a parish-wide school supply drive that collects donations for school supplies each year to give students the tools they need to be successful in the classroom.  This year will be the 16th year that Taylor has sponsored the program. To date, the program has collected upwards of $600,000 to $700,000 in donations.  Taylor projects this year’s campaign will need to raise $50,000 to meet the anticipated need in all schools across the parish.

Taylor said volunteers will take donations for this year’s drive from 8 a.m. to 8 p.m. on July 30-31 at the three Wal-Mart stores in Livingston Parish – located in Denham Springs, Walker and Watson. He said volunteers will accept monetary and in-kind donations. Donations also can also be mailed to P. O. Box 1802, Denham Springs, Louisiana, 70727, given on-line at www.AssesstheNeed.com, or dropped off at the Livingston Parish Assessor’s office during regular work hours, 7:30 a.m. to 5:30 p.m., Monday through Thursday. Supplies will be collected, organized and distributed to each school in the parish before the start of classes on August 4, allowing teachers and counselors at each campus to distribute the supplies on the first day.